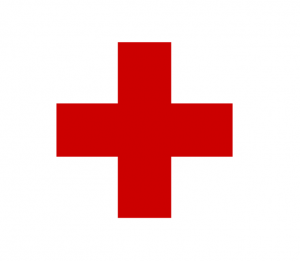 Blood Drives are popular service projects on campuses nationwide. However, an FDA policy excludes gay men from donating blood. How is a campus to deal with the discriminatory impact of such events?

Much like military recruitment before the end of DADT, blood drives strike a nerve on campuses that include sexual orientation in their non-discrimination clause. In 1983, the FDA recommended donor-screening procedures to exclude individuals at increased risk for transmitting HIV. The FDA policy screens out all potential donors who are men who have had sex, even once, with another man since 1977.

“My name is Blake Lynch and this is my story. A few weeks ago I went to donate blood in honor of my friend Emmy. She has sickle cell anemia and relies on blood donations to relieve her pain. Unfortunately, I was turned away because of my sexual orientation and was told that I was, “Banned4Life.” I created this project in order to raise awareness of the discriminatory ban that was put in place by the FDA. To increase awareness of the policy we are going to be hosting blood drives around the nation where individuals can go to donate blood in support of those who are Banned4Life. It’s time to come together as a society so we can help save lives together. Please join with Banned4Life and lets create our story.”

“My name is Emmy and I have sickle cell anemia. Doctors are not completely sure of how to treat sickle cell, so for now the treatments are to provide ﬂuids to prevent dehydration, pain medication to relieve excruciating pain and blood transfusions if needed. I have been battling this disease all my life and sometimes blood transfusions are vital to my recovery. I’m afraid that one day I will be told that there is no blood available for my transfusion when needed most. Banned4Life is not only about encouraging the FDA to revise the blood donation policy on gay men, but to encourage those who are healthy and able to donate blood to donate. Maybe one day, I will rely on your blood to help me.”

An explanation of the policy and the rationale for keeping it in place can be found here. Possible strategies to implement on your campus:

Students at the University of Louisville applied for a grant to educate and engage various individuals in dialogue about the FDA’s discriminatory policies and what they could do to spread the awareness and potentially change these policies.