Charlotte, NC – On Thursday, March 24, Duke University was the first North Carolina college or university on record with a public statement in response to HB2 passing into North Carolina law.   Elon University, Davidson College, Wake Forest University and Guilford College issued statements on Friday, March 25. Queens University of Charlotte issued a statement on Monday, March 28.  North Carolina Central University sent a letter from the Chancellor on Tuesday, March 29.  It is likely additional campuses will follow.  Campus Pride has been contacting campuses across the State of North Carolina about how the HB2 becoming law will impact their campus, specifically LGBTQ youth safety.   Check this post for updates.

“Duke University values every individual. We are committed to equality, diversity and inclusion, which makes us a better and stronger community. For that reason, we deplore any effort to deny any person the protection of the law because of sexual orientation or gender identity.”

In response, we wish to reaffirm that Elon remains committed to inclusion and equal protection for all people. Elon does not discriminate based on sexual orientation or gender identity. The new law does not apply to private institutions and will not impact Elon’s policies and practices. We wish to provide a safe and welcoming learning environment for every member of our community. Elon’s non-discrimination statement can be found online.

In regard to the use of restrooms, we reaffirm our position that individuals should use facilities in which they feel most comfortable and align with their gender identity. To support the needs of our community, Elon maintains a list of more than 90 single-occupancy universal bathrooms on campus that protect the privacy of the users. A list can be found online. 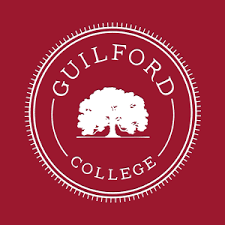 Guilford College, like many institutions of higher education, has taken notice of the recent, state-wide legislation (known as HB2: “Public Facilities Privacy and Security Act”). This law prohibits local governments statewide from barring discrimination in public accommodations and employment based on sexual orientation and gender identity.

As a Quaker college that has historically worked to oppose discrimination and is guided by our Core Values, we deeply lament the passage of this harmful bill and remain fully committed to affirming the lives and experiences of LGBTQ community members and providing a welcoming and inclusive educational environment for all.

We want to make it crystal clear to our community members that this law applies only to public agencies and public schools. This bill does not apply to Guilford as a private institution. We remain committed to creating policies and practices that honor all bodies and minds. In the Manner of Friends, we see “that of God” in each and every one of us.

In regard to bathrooms specifically, community members and visitors may continue to use the restrooms in which they feel most comfortable and align with their gender identity. We have also recently identified and labeled 30+ “All Gender” bathrooms across campus that will help promote our values of equality, diversity and justice.

We are dedicated to continuing our work to cultivate relationships within the greater Greensboro community, support local LGBTQ leadership, and explore ways to address and eliminate transphobia, heterosexism, racism, sexism and all forms of oppression on campus and beyond. 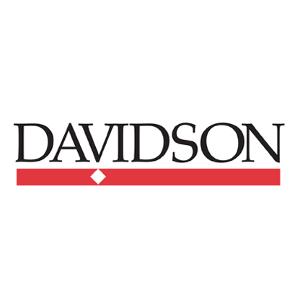 As a longtime advocate for inclusivity, access and equality, Davidson resolutely opposes any effort to exclude or discriminate against any person on the basis of gender or sexual orientation. We are committed to equality, access, and justice for all, and we wish to offer support to members of our LGBTQ community who may not feel safe and welcome in the state.
Our non-discrimination policy is unchanged and can be found here: https://www.davidson.edu/offices-and-services/legal-services/non-discrimination-policies/non-discrimination-and-non-harassment-policy We do not and we will not discriminate on the basis of gender or sexual orientation.

In light of the new law passed by the NC General Assembly last week, Queens University of Charlotte reaffirms its unwavering commitment to diversity and inclusion and does not discriminate against individuals on any basis, including sexual orientation and gender identity.

Regarding restrooms, Queens will continue with our initiative to provide non-gender-specific restrooms in each residence hall as well as in central locations on campus. Queens strives to be a welcoming environment for all people on our campus.

“Wake Forest University’s commitment to diversity and inclusion remains unwavering and our non-discrimination statement includes protection for gender identity and sexual orientation. The new law does not apply to private institutions and will not impact Wake Forest’s employment practices, educational programs or campus activities in any way. Wake Forest underscores its commitment to creating an inclusive environment for all members of the University community as well as visitors to our campus.”

Let me underscore the commitment North Carolina Central University demonstrates to diversity and inclusion for all our students, faculty and staff, as well as visitors to our institution. We are a safe and inclusive campus for all individuals — no matter their race, gender, age or sexual preference, to name a few.

On April 9, NCCU’s Lesbian, Gay, Bisexual, Transgender and Ally (LGBTA) Center will celebrate its third anniversary. When our LGBTA Center opened in 2013, NCCU was the second HBCU in the nation to dedicate a center to the LGBT community, and the first HBCU in North Carolina to do so. Today, it is one of only three on an HBCU campus. Our center has grown to become a critical resource to students, faculty and staff alike, and a model for other colleges and universities around the country. We have two student organizations — The Lavender Project and Creating Open Lives and Organizing for Real Success, or (COLORS) — that serve the needs of our Eagle community members who identify as LGBTA.

North Carolina Central University will commemorate LGBTQ Pride Week 2016 from April 20-22 in support of our LGBTA Center. The observance will begin with “Pride Day” and end with an open discussion featuring a nationally-recognized LGBTA advocate and educator. I would encourage all of us to be educated, informed and supportive of these and other activities.

I’d like to request that more members of our faculty and staff communities become Safe Zone Allies for our students and fellow employees. Safe Zones throughout campus further communicates our obligation to providing LGBTA-inclusive environments. More information is available here. Safe Zone training is scheduled for Wednesday, March 30, from 1-5 p.m., in A.E. Student Union. Later that evening, “Welcome Wednesdays” will be held from 6-7:30 p.m., in Room 146 of the Student Union.

For more than 105 years, NCCU has been and continues to be a community that celebrates and embraces diversity and provides new opportunities to engage people of all backgrounds—whether it’s our students, administrators, faculty or staff.

In Truth and Service,

The North Carolina Governor and legislature chose to place LGBTQ youth in harms way with the passing of HB2. This law now endangers transgender youth and creates an unsafe environment for transgender people to use the bathroom across the State of North Carolina. It is absurd and ignorant to mandate ‘biological sex’ as criteria for bathroom usage and then assumingly police people entering the bathroom based on their ‘biological sex.’ This is blatant transphobia and anti-LGBTQ religion-based bigotry at its worst.

Furthermore, HB2 is not only unsafe but jeopardizes billions in federal financial aid money coming to colleges and universities in the State of North Carolina. The bill is in direct conflict with protections provided to college students under Title IX. This law only exacerbates the issue causing harm to vulnerable LGBTQ young people and will result in legal challenges due to unfair conditions for transgender students who are entitled under Title IX to safe and equitable education services.

Being founded in 2001 in Charlotte, NC and being part of this community, Campus Pride as a national organization living in the South has witnessed firsthand the extreme vitriol and harassment directed at transgender and gender nonbinary young people. We have lost too many young trans lives locally due to harassment, bigotry and negligence of elected officials and leaders.