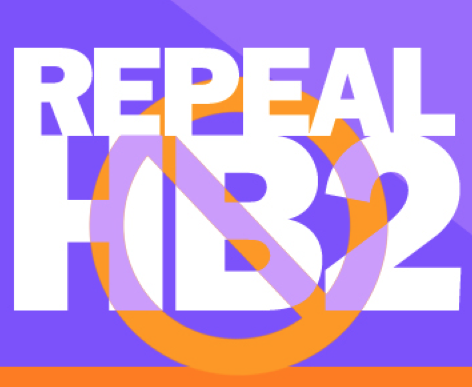 Today, an outdated anti-trans policy was replaced with a new, equally as cruel one. The repeal bill, HB142, has passed in both the North Carolina State Senate and the House and now falls on Governor Roy Cooper’s desk. Governor Cooper helped negotiate the deal and is expected to sign the bill.

HB2, the bill that singles out transgender people for discrimination and forbids cities from passing any non-discrimination ordinances, was signed into law last year and threw North Carolina into economic upheaval and opened the door for widespread discrimination against LGBTQ persons across the state.

“Nobody should be fooled by this compromise bill to repeal HB2. It does nothing but reinforce discrimination toward LGBTQ people, particularly transgender people. We call on the NCAA, the ACC, and other businesses and corporations to only stand for a full repeal of HB2. Discrimination is wrong, and a compromise that still sanctions discrimination, does not make it right.”