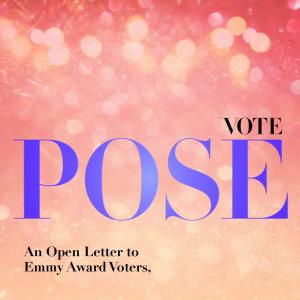 GLAAD published an open letter to Emmy voters encouraging them to nominate actors from the groundbreaking series POSE for the upcoming Emmy Awards. Campus Pride and 38 other national LGBTQ organizations, including The Trevor Project, GLSEN, Human Rights Campaign and the National LGBTQ Task Force co-signed the letter. A record number of LGBTQ organizations and film festivals have come together to support POSE and raise awareness for the strides it has made in LGBTQ media representation.

The show, co-created by Ryan Murphy, Brad Falchuk and Steven Canals, shines a new light on Black and trans storytelling. The outstanding drama and has captured audiences with its depiction of ballroom culture. POSE tastefully addresses issues like homophobia, transphobia, racism, the AIDS epidemic and homelessness. Billy Porter was the first Black gay man to win an Emmy for his performance in POSE. The show was also nominated for Outstanding Drama Series in its first season. Additionally, it has been recognized with a Peabody Award, AFI Award and GLAAD Media Award. 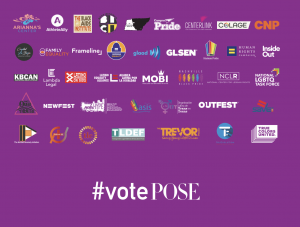 Campus Pride and other LGBTQ organizations believe POSE deserves more recognition in its final season for its unmatched representation of transgender individuals. With the ending of POSE’s third and final season, there are only 21 transgender characters and zero HIV-positive characters on television.

“The LGBTQ community has come together to support a show that has made revolutionary contributions to mainstream television,” says Campus Pride Executive Director Shane Windmeyer, “We must show that Black Trans Lives Matter by supporting trans actors and recognizing queer media for its contributions to pop culture.”

How you can support POSE and its amazing cast

Voting for the 73rd Annual Emmy Awards nominations is open now until Monday, June 28. We encourage the Television Academy members to nominate the following transgender and nonbinary actors: 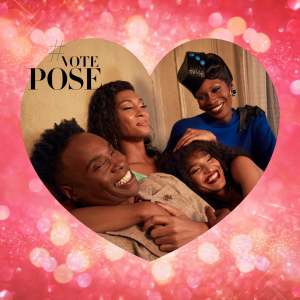 Campus Pride encourages you to honor Black and brown LGBTQ performers that are changing the television and film industry. Show your support by reposting GLAAD’s open letter with the hashtag #votePOSE.