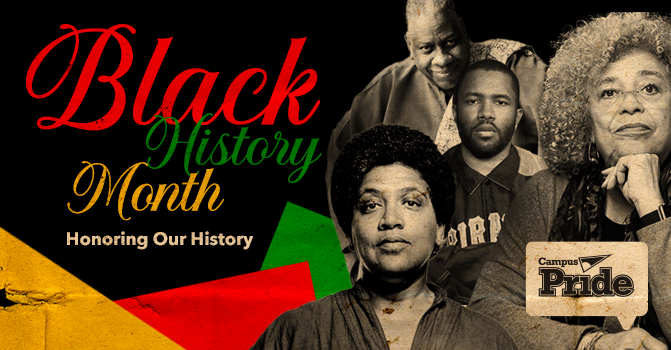 “I had no schooling whatsoever when I was a slave. On several occasions, I went as far as the schoolhouse door with one of my young mistresses. I had the feeling that getting into that schoolhouse would be the same as getting into paradise.”

Education is the key to freedom in so many ways. It’s a pathway to a bigger world, to economic opportunity, to self-destiny. On February 25, 1837, Cheyney University opened in Pennsylvania, becoming the first of the institutions we know today as Historically Black Colleges and Universities, HBCUs.

Today, on the first day of Black History Month, our nation has its first Black, first Asian, first woman Vice President – and the first to have attended an HBCU, Howard University.

Campus Pride launched our HBCU Clearinghouse two years ago, to provide students and prospective students with a detailed, up-to-date resource to understand the policies in place at every HBCU in the country. (Vice President Harris’s alma mater enjoys a position on the HBCU Clearinghouse Dean’s List!)

“The question for African Americans has always been, ‘What is education’s purpose, who controls it, and what is the relationship of education to the broader implications of our people?’”

History is important – it tells us where we’ve been, and honors those whose shoulders we stand on today, tomorrow, and into the future. Campus Pride is proud to support our nation’s HBCUs, and prouder still to provide information and resources to these schools and their students, helping to create policy toward safer, more welcoming campus communities, and continuing our common fight for equity and equality.