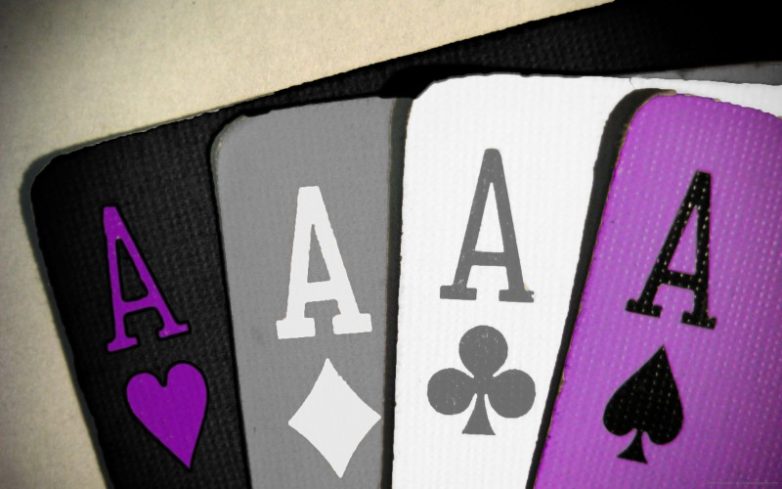 Recently someone asked what Asexuality means to me as an openly biromantic asexual female. What is this sexual orientation that has been defined as a lack of sexuality, as the awkward X outside the spectrum of normal sexuality?

It has become a popular topic in online blogs and magazines in the past few years, but so many articles center on what Asexuality is not, on misconceptions and what people should stop saying. And the articles triumphantly end with the basic definition as if it explains everything. “Put simply,” they will write, “an Asexual person does not experience sexual attraction.”

Of course, there are grey areas under the umbrella of Asexuality that are usually explained — demisexuality and grey-asexuality — but rarely does anyone get at the meat of what Asexuality is made of. Asexuality is the presence of too much queer variance to be reduced to the absence of something.

If you ask a lesbian, gay, bisexual, or pansexual person what their identity means to them, they might answer thus: “It means I’m attracted to women” or “I fall in love with people regardless of gender.” LGBP people celebrate their identities by expressing the presence of love or attraction.

The definition of Asexuality is limited and lackluster compared to LGBP identities. This makes it difficult for many Aces to celebrate an inherent part of who they are.

Growing up, Asexuality was never something I celebrated. Asexuality meant that I didn’t love enough or in the correct way, that I needed to change to be straight or gay or anything other than what I was. Asexuality has been something I was ashamed of.

I openly identify as Asexual because I do not experience sexual attraction. But it is more than that. To be Asexual means I cannot imagine myself being anything else. It means my personality, values, beliefs, fears, and ambitions have been shaped by not experiencing what 97% of humanity experiences, and I am better for it. And I celebrate myself.

Asexuality has made me a storyteller and writer because I have a unique story to tell. It has made me question all the assumptions that society makes about what it is to love and be in intimate relationship with people (i.e. intimacy does not need sex to be real or valuable).

Asexuality has given me a more open mind to believe people when they talk about uncommon experiences. Asexuality makes me speak up for those who are more marginalized than me – transgender people, intersex people, people of color, differently-abled people, etc. 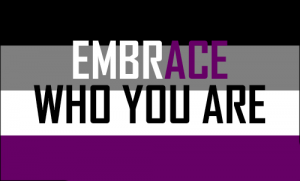 To be a zed-romantic (romantically attracted) Asexual can mean falling in love with people because they are kind and ambitious, to be able to talk to them for days without thinking about what’s below the waist because love and sex are mutually exclusive to you.

To be an Aromantic (not romantically attracted) Asexual can mean valuing friendship above all else and finding complete fulfillment in friends.

To be a sex-positive or sex-neutral Asexual can mean not being sexually attracted to someone but still having sex out of curiosity, for physical pleasure, or to feel close to someone.

To be a Grey-Asexual can mean being sexually attracted to someone for 5 minutes and then never experiencing attraction again for five years or fifteen.

Asexuality simply is not simple. To be Asexual is to have a unique story like everyone does. It cannot be reduced to an eight-word definition. It’s odd in the grand scheme of human life. It won’t make sense to everyone, and a lot of us Aces are still trying to make sense of ourselves.

We want to find that one commonality, say we all love this way or that way. But we don’t. I wanted to find something really deep to say, but just because I cannot connect with people through sex does not mean that other Asexuals feel the same. Romance is too deep and spiritual for sex to be relevant in my mind, but others easily connect the two. And I can’t even say we all fall in love because Aromantic Asexual people do not. Perhaps all of us are simply learning to love ourselves?

We are the awkward X outside what society believes is the spectrum. There’s more to us than a dictionary definition describing a negation. We won’t fit in any one box or point on a spectrum. We’re filled up with queer, varied stories we long to tell. So you should ask us about them.

Elizabeth Ponds is the 2017 Summer Fellow at Campus Pride. She recently graduated from Winthrop University in Rock Hill, SC with a B.A. in English – Creative Writing. While a senior at Winthrop, she was President of its LGBTQ organization GLoBAL.