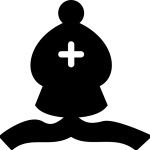 What Would the Bishop Say?

CW: discussion of homophobia and harassment, including slurs

Just the other day I was home for spring break in the small hometown that I come from in rural New York State. I happened to stop by the local high school to meet with some friends of mine. As I walked through the halls of Marlboro High School, in a mere couple of hours I heard dozens of comments which were along the lines of “That’s so gay,” or “Don’t be a fag.” These phrases are all too common in everyday conversations at Marlboro High. However, I can remember my days spent in those halls; sadly I was on the receiving end of verbal harassment in regards to my sexuality. I can vividly remember being called a “fag” or a “rainbow hugger” or even having my life threatened. Harassment such as this hurt me emotionally; however, I built myself up and told myself to stay strong.

Then, in June 2005, I graduated and opted to pursue my education at the State University of New York at New Paltz, an extremely liberal institution in Southern New York State. The campus had an diverse student population which represented practically every facet of life. At the end of my first semester there I decided to study elsewhere. Specifically, I transferred to The College of Saint Rose in Albany, NY.  Saint Rose was a very different institution than New Paltz. According to the description released by the college, it specifies that it is “Sponsored by the Sisters of St. Joseph of Carondelet Albany Province” and the institution boosts it’s Hubbard Sanctuary (Named in honor of the Bishop of the Roman Catholic Diocese of Albany). When I first decided to study here, I was fearful that a private Catholic institution would be like attending Marlboro High School all over again. I mean, how could a Roman Catholic college, sponsored by a religious order, which is often visited by the Bishop of the diocese, with a Board of Trustees which included numerous Sisters of St. Joseph, accept an openly gay student?

Within a week or so, I was out to many of my newly found friends and the greater community soon thereafter. The response; however, was not as I had anticipated; instead the community was extremely accepting. In fact within the first month of studying I found and started to participate in the Student Association-sponsored gay-straight alliance titled “Identity.” Not only that, but on March 1, 2006, I organized bringing Sean Maloney, an openly gay candidate for New York State Attorney General to speak on campus. The College of Saint Rose President (R. Mark Sullivan) even attended the event.

Very quickly I recognized that Saint Rose was going to be an accepting academic learning environment regardless of my sexual orientation. Now although I have been fortunate to encounter a relatively positive response, I have had a few encounters where everything has not been so “peachy.” One day on my way back from an evening class, two male Saint Rose students called me a “dirty fag.” On another occasion, a group of students from the local high school, who luckily were behind a fence that circulates the school, yelled out “What are you looking at fag?”

In both situations, I avoided any confrontation, especially because in both scenarios I was alone walking back to my dorm. Thankfully though such situations never escalated to being anything remotely similar to what I had endured in high school. Of course while on campus, I also encountered those who claimed “Oh my God, you are the first gay person I have ever met,” or the nervous boyfriends of my female friends, who are convinced that every gay man in the world wants them and acted very masculine and standoffish around me. These situations are of course common in universities around the country. However, it is up to us, gay, lesbian, bisexual and transgender Americans along with our allies, to open the minds of individuals and demonstrate to them that we are just like the rest of society.

As an openly gay man, I had gained a certain perception of private, Christian universities. However, I do not think that the common perception, accurately defines all private Christian institutions. My friend Lauren Jankiewicz (A freshman at Saint Rose), and a longtime ally of her LGBT peers said “Saint Rose is a really different place; you would think it would be really conservative, but it is actually a pretty open-minded place.”

I asked Lauren whether she thought that Saint Rose had students who were homophobic, biphobic or transphobic. She said “Of course. But I think that if any one were to mess with gay students here, they would have to answer to their allies.” Lauren’s feelings were shared by Brittney Settembre, another student ally, who said “I think for the most part it is a safe place for gay students. I think although St. Rose may be a Catholic school, a good portion of the population does not practice the faith; therefore, it does not really have an impact on how people think.” Brittney’s perspective seems to be the mainstream way of thinking of much of today’s students. Those attending a Catholic university are not always “practicing Catholics” instead they are often times “shopping cart Catholics” who formulate their own opinions and are very open-minded.

I think America’s private Christian universities can in fact be accepting of LGBT students. Colleges just like Saint Rose are all over the country, and these universities are starting to become more and more inclusive of LGBT students. However, we cannot let the momentum die, it is vital that we as the young generation of LGBT Americans along with the support of our allies, continue to speak out for equal rights and safe learning environments for all students. The light is starting to shine through the window, now all we have to do is throw back the shade and watch the sunshine blanket the room. Together we can achieve the goal of making all of America’s schools safe like Saint Rose and other accepting private colleges.