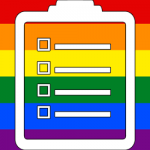 How safe is your team for gay, lesbian, bisexual transgender, queer or questioning athletes (and coaches)?  Use the quiz as a tool to work with college athletic administrators, coaches and student athletes to increase awareness of LGBTQ issues.

If your team is like many, it won’t score high on that quiz. So what can be done?

All athletes – gay, bi, trans and straight – can…