The term “two spirit” originated from a Northern Algonquin word “niizh manitoag” (two spirits) at the third annual spiritual gathering of gay and lesbian Native people in Winnipeg in 1990. The term was borrowed from traditional concepts and terms for “third” and “middle” gender persons. However, many Native societies have/had particular terms and roles, including Nadleeh (Navajo), Kwido (Tewa), Winkte (Lakota), or Dubuds (Paiute). Some contemporary Native LGBTQ people have embraced the term two spirit, while some prefer the terms from their own nations. It is important to use and respect the identities and pronouns a person uses for themselves, rather than ones you may assume they use.

Traditionally, two-spirit people in Native nations were raised to fulfill various roles in society, and this still occurs in some nations. Two Spirit people often fulfilled the roles of caretakers for orphans, medicine people, matchmakers, treaty negotiators, or caretakers of the dead or dying. 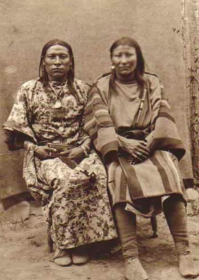 “A singing circle is prepared, unbeknownst to the boy, involving the whole community as well as distant friends and relatives. On the day of the ceremony everyone gathers round and the boy is led into the middle of the circle. If he remains there, the singer, hidden in the crowd, begins to sing the ritual songs and the boy, if he is destined to follow the [two spirit] road, starts to dance in the fashion of a woman. “He cannot help it…” After the fourth song the boy is declared to be a [two spirit] person and is raised from then on in the appropriate manner.” – George Devereux, 1937

From “Institutionalized Homosexuality of the Mohave Indians” in Human Biology 9, pp. 508

The trauma inflicted on the two spirit community by colonists is still felt today. Colonial forces often targeted two spirit people during acts of genocide, causing many traditions to be destroyed or not practiced out of fear. The destruction of this history has caused some Native communities to have colonial perspectives on gender variances, causing further marginalization and stigmatization against two spirit people. It is important to respect the unique history and culture of two spirit people; the term is not synonymous with transgender because the two spirit identity includes connection to this specific context and history. It is also important not to co-opt or appropriate this identity. 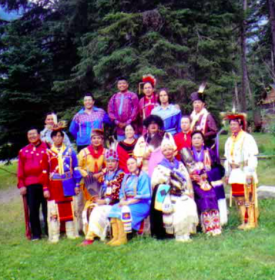 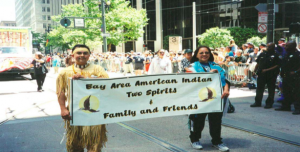 Retraditionalization means re-embracing traditional practices, and can be a powerful tool for protecting two spirit people within their communities, and allowing the community as a whole to heal. Two spirit people living outside of a native community can seek out Native communities and organizations to help strengthen their tribal identity, affiliation, and connection to cultural heritage and norms.