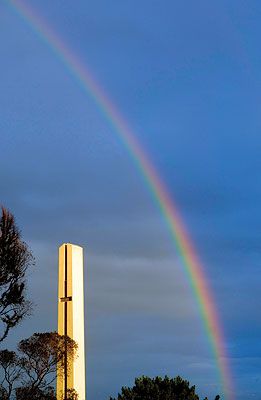 Pepperdine has had a long history of being an unwelcoming place for lesbian, gay, bisexual and transgender (LGBT) young people, including being listed on the Princeton Review “LGBT Unfriendly List.” In 2011, the university denied recognizing a student-led LGBT group on campus. Then a few years later, two former basketball players filed a lawsuit for anti-LGBT harassment against the campus and the Head Basketball Coach. But now it all seems to be changing? Pepperdine may be among the first anti-LGBT universities to withdraw its Title IX exemption and reverse its stance. Or at least It seems so.

Currently there are 75 campuses that have received and, or are pending these Title IX exemptions. Since this information was not public, Campus Pride launched the “Shame List” to openly share these campuses and to warn youth and families. This past April, the U.S. Department of Education decided to change previous policy and instead publicly release all documents associated with Title IX.

Unbeknownst in that pile of data was a letter from Andrew K. Benton, the President of Pepperdine University, on January 27, 2016 which read:

“Please accept this letter as Pepperdine University’s withdrawal of its 1976 request for an exemption from certain provisions of Title IX of the Education Amendments of 1972…While the university continues to be controlled, within the meaning contemplated by Title IX, through its affiliation with the Churches of Christ, the University is committed to complying with Title IX…We are thankful for OCR’s respect for the religious freedoms of religious and religiously-affiliated organizations. The University would appreciate OCR removing it from any list of universities holding a Title IX exemption or, alternatively, including this withdrawal in any public disclosure of its Title IX exemption materials.”