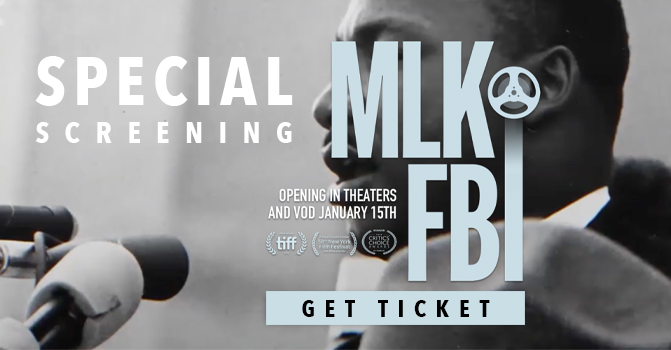 The virtual screening will be held on Monday, January 18, but if you can’t make the date don’t worry! Your link will remain active through Wednesday, January 20 – the day that America will inaugurate our first Black woman as Vice President –  so you can watch the film on your schedule. You’ll also receive instructions to stream the film to your computer, or to your TV via your Apple TV, Roku, or Fire Stick.

We hope you can join Campus Pride at our virtual screening, and join the conversation online – follow MLK/FBI and Campus Pride on Twitter. MLK/FBI opens in select theaters and on Video On Demand on Friday, January 15.

GET YOUR TICKET BY SUNDAY JANUARY 17!