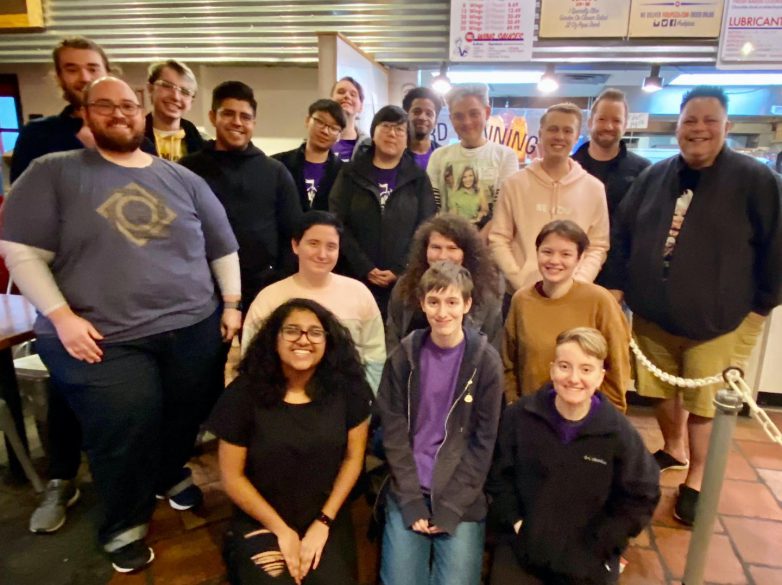 By: Camille Hollenquest from Michigan State

Volunteer work and service has always been a driving force for the Alternative Spring Break program on Michigan State’s campus. We foster the belief that it’s a great opportunity to be able to help others who don’t have the resources or person-power. We love the idea that if we can alleviate some stress from someone’s everyday life, we will do everything in our power to do so.

On a chilly, March Michigan morning, the alternative spring breakers and their site leaders all packed in their collective vans and started their cross country trek to Charlotte, North Carolina; considered to be a “gay mecca” for North Carolina’s LGBTQ community. Charlotte is deemed as one of the most progressive cities for queer people in the state, being labeled progressive after supporting a gender-neutral bathroom ordinance that advocated for the refusal of discrimination based on gender identity in public restrooms. With that in mind, the participants and site leaders were eager to arrive as they all had the common passion for advocacy on the basis of rights for LBGTQ individuals on college campuses. When they did arrive, they were greeted by friendly faces and charming attitudes.

The first person they met was Shane Whitymer, the executive director and co-founder of Campus Pride who graciously shared his time with the students to teach them not only about how to navigate the Campus Pride website but about important resources the website has to offer. One of those resources being the “Shame List”, a tool that identifies colleges that don’t offer safe and accommodating environments for LGBTQ youth in the United States.

The second person they had the opportunity to meet was Don Wilson, a volunteer for Campus Pride who works as the Co-Chair of the LGBTQ BRG at Wells Fargo. Don taught the students about “covering” and “passing” in the workplace and in their lives. “Covering” is the act of lessening oneself in order to avoid unwanted attention or unwanted harassment. Covering can be applied to all aspects of one’s identity and typically is a tactic used frequently by marginalized groups of people. Covering can apply to gender, sexual orientation, veteran status, race, and disability to name just a few. Covering can be appearance-based, advocacy-based, affiliation based and association based. Covering is another form of trying to “pass” in everyday life. This lesson struck a chord with the participants as it let them realize that they are not alone in covering themselves in their lives and to be unafraid to show their true, authentic selves to the world.

As the week progressed, the students participated in the week-long service project known as the Trans Policy Clearinghouse. The clearinghouse is a resource consistently updated to reflect colleges that offer trans-friendly policies such as gender-neutral housing or anti-discrimination policies that include gender expression. The students also met with guest speakers who offered their unique and genuine perspective about being queer or trans in the workplace. The speakers provided the students with priceless advice that they may put to use in their everyday lives.

At the end of the week, the students reflected on their time with Campus Pride and hope to return sometime soon in the future.