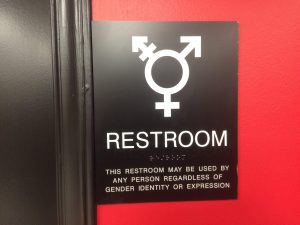 There are approximately 4,140 institutions of higher learning in the United States between private 4-year colleges and both private and public 2-year colleges. Ithaca College has recently become 1 of 53 in the country to provide students with the ability to change their gender identity without showing any personal identification.

Why is an ID-free gender change important?

Most institutions of higher learning have gender/sex information of their students for specific institutional needs. While oftentimes knowing the gender of a student is irrelevant, it’s information that’s pervasive in the student’s life and education, often affecting the way the student is perceived by faculty and staff at the college or university.

The process to change a student’s gender exists at many of these institutions, yet most require some form of ID prior to approving the change. This places an incredible limitation on students who are trans and non-binary. Trans and non-binary students in these colleges thus have to have some form of legal ID that shows their updated gender identity. Acquiring ID like this is costly and time-consuming. Depending on the state in which this occurs, students may have to see a doctor or therapist, pay hundreds of dollars, and/or provide letters stating they’ve presented as a specific gender identity for an extended length of time to be eligible for these new ID’s.

Requiring an ID to change your gender at a college institution is therefore a barrier for many trans or non-binary students. It’s one of class, race, environment, religion, and more. Not only that, but because trans and non-binary people are disproportionately affected by poverty and abuse in the healthcare, education, and legal systems in the United States. This makes accessing these changes doubly dangerous; it also makes them more public, which often proposes added risks for these students.

How did Ithaca College make this happen?

Time and effort. Luca Maurer, the Program Director of Ithaca College’s Center for LGBT Education, Outreach and Services spent time considering the landscape of the college and the situation. Most processes of gender-change and other identity alterations are located in random portions of a school’s administration. The case with Ithaca College was that much of our administration and staff were supportive of the idea, but it took finding the right departments and folks within those departments to make a substantial, lasting change.

Working within the institution has its own mixed results. The bright side, and it’s a large one, is that Ithaca College now lets its students change their gender identity without needing any ID confirmation. The downside is that it’s still a binary gender process. This means that students who are binary trans students now have easy access to the change; non-binary students have that same access, but do not have that reflecting their non-binary identity.

This places us at the crux of institutional change. We’re delighted that trans and non-binary students have the precedence in our system to easily change their names and gender identities, now. It provides students with access that opens the process to those of different socioeconomic backgrounds and environments. We still have work to do, however, in order to make sure the process addresses our trans and non-binary population as a whole.

Students can choose to work within the current system or not, but our ultimate goal is to make it so they don’t have to sacrifice their full identity in order to do it. In the wake of the Trump administration, we need to create change in our educational system at all angles and facets. Institutional change that allows trans and non-binary students to live their truth in college is one vital method of supporting this. When trans and non-binary students are given the chance to be our full, authentic selves in a safe educational environment, we thrive, and I’m so thankful that Ithaca College and education activists like Luca Maurer are helping to make that possible.