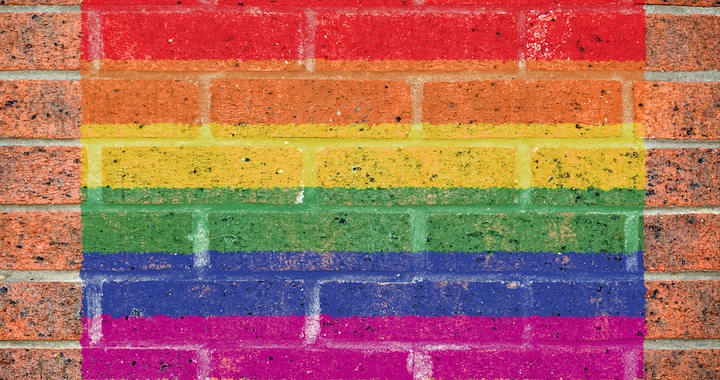 More than ever there is a need to talk about how Christianity is not anti-LGBTQ and neither is the Bible.  The so-called Religious Freedom Bills creeping up state by state only further foster fear, discrimination and divide Christians and our communities of faith. There are individuals who are both LGBTQ and people of faith. There are non-LGBTQ people who are Christians who support fully LGBTQ civil rights and freedoms.  These individuals also support religious freedom and are deeply concerned how the Christian faith, and particularly the Bible, has been hijacked to be viewed as anti-LGBTQ in its teachings.

This article was published in a student-run newspaper at a right-wing Christian University. After making significant changes to its doctrinal statement, ousting many of its staff and faculty, and relieving a gay student from all his ministry opportunities—despite his commitment to being single and following the community covenant—the University appears hostile for other students who also experience same-sex attraction. The writer has asked to remain anonymous to protect his identity.

Medieval author Christine de Pizan had some choice words for the conspiracies of her time—after all, blaming women for corruption in society and oppressing them as a result of such blame did not line up with her own observations of the female “race.” In The Book of the City of Ladies, Pizan argues that “Even if some wicked women have done evil things, it still seems to me that this is far outweighed by all the good that other women have done and continue to do.” Furthermore, she says, “This should prove to you that not all men’s arguments are based on reason, and that these men in particular are wrong.” I have utmost empathy for Pizan, because people like me are also mischaracterized and thrown to the curb far too often—thanks to individuals acting in “the name of God and the Bible.”

The fact is that I’m gay. No, I’m not nor have I ever been in a relationship with another guy. I’m not writing to change your political or theological perspective on the issue, either. Instead, I want to stand up against the mischaracterization that we (the gay community) receive all the time in places like my school. You say, “dude, I’m not condemning you at all—but the gay community is an endorsement of a sinful lifestyle! Don’t identify with it.” Exactly my point. In the same manner of Pizan’s time, when women as a collective were ignorantly thought to have corrupt motives, the Church today does not even try to understand the gay community. Historically speaking, people fear what they don’t know—anything that looks different. And I believe that’s our problem. We look threatening, and it brings a whole host of mischaracterization.

This mischaracterization puts me into a constant state of fear, not only at school but also at home. My parents have no idea that I don’t like women, but I cannot tell them. In a meeting with Christopher Yuan (a well known author and speaker) last year, he suggested I “test the waters” and talk about the issue before coming out. So I did. I told them that I had met a gay kid at my school (sort of true) and that I was helping him by serving as an accountability partner (also sort of true). In reality, though, I am that gay kid. Their response, you ask? They told me to get away from him—simply because he might “make me gay” too. My mother also said that she “couldn’t believe gay people were at a Christian school. He must be sneaking out at night to have promiscuous sex! That’s what gay people do, after all.” I nearly began to sob—how could they say such things about their own son, knowing or not? How could they be so ignorant? The point is that Conservative Christianity doesn’t get a bad reputation for believing gay sex is a sin. Conservative Christianity gets a bad reputation because it refuses to understand the gay community.

From the outside, all that Christians see are a bunch of men in speedos dancing at pride parades; they see a group that wants to corrupt families and turn against God. They don’t ever stop and think, “Why do they host pride parades?” They refuse to think that, gasp, gay people might actually desire genuine love and families to raise—not sex, sex, and more sex. Worst of all, they refuse to see how lonely I am. I do not believe I was designed for singleness. I know what the classic response is. “But singleness is a blessing! 1 Corinthians 7:8b says, ‘It is good for them to stay unmarried, as I do.’” That is correct, but don’t forget verse 9b: “for it is better to marry than to burn with passion.” Do you understand the incredible, God-given, natural urge within me to have intimacy with another human being? Do you understand that one day, on my death bed, I will be in the hospital and breathing my last few breaths—and will glance around the room only to discover that no one is there? No husband ever existed, no children raised, no family legacy to leave behind. This… this is not natural.

The gay community isn’t an evil effort to destroy morals and God. The gay community is made up of thousands of people, just like me, who desire love and unity through marriage. As I said before, I don’t want to change your views theologically or politically. What I want to change is the flawed and ignorant fear towards the gay community. When you see a pride parade, understand that gay people are told throughout their entire lives that they are scum. Pride is an event for gay people to feel normal and… “not scum.” I’m not endorsing everything that happens, and I personally don’t like those parades. I’m simply explaining that you mustn’t live and act out of fear toward the gay community. When we ask you to legalize gay marriage, we aren’t secretly plotting to get rid of morals and destroy families. Actually, at a time when you straight folks are divorcing more than ever, we’re the ones asking to get married! Like Pizan argues about women, I must argue that gay people have done far more good than bad. It’s well known that gay folks often find themselves in human rights campaigns, feeding the homeless, and caring for the community in general. Are you sure we’re destroying society?

At the end of the day, I’m not actually for or against gay marriage (at a personal level). I’m still figuring that out—and studying scripture first. But I’m in danger. When the university administration chooses to strip a gay student of all his leadership and ministry positions (and he ends up at a nearby state school) because he’s not sure what he believes on the issue, that’s a problem. It means that for the rest of my time at school, my status is on the line. I have to live in fear of my own “Christian” community and what they might do to me. They fear us because they think we’re parasites. They think we’re in a massive plot to destroy your morals and theology. In their ignorance, they act. And thanks to those actions, I must fear. And in my fear, I am deeply broken. I leave you with this question: If Jesus was in charge of my school, would he endorse a religious bubble built on codes and regulations that strip people of their ministry and leadership opportunities—even their fate at the school—for questioning the validity of such positions? Would students like me have to live in fear?