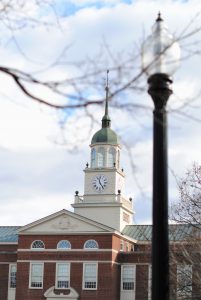 Local Pennsylvania news sources say Buffalo Valley Regional Police are currently investigating the alleged attack of a transgender student at Bucknell University. Dylan Rogers reported to local authorities that a group of men attacked her while walking home with friends. This alleged attack on a transgender student follows the May anti-LGBTQ incident occurring with LGBTQ on-campus housing.

“This is an issue that goes well beyond our campus, but I think that the actions within our campus community have been grossly inadequate,” said Rogers to FOX56 WOLF.

“Campus Pride is deeply concerned about the alleged attack on Dylan Rogers. We ask that the campus investigate with local law enforcement and regardless fully support the victim and the victim community immediately,” said Campus Pride Executive Director Shane Windmeyer. “Bias-motivated hate crimes demand a swift, immediate response and have negative harms and consequences to safety for the entire community.”

This past May, there was a  “horrific incident” at Bucknell University when a group of members of an unrecognized fraternity attacked the property and harassed the students of Fran’s House affinity residence, Bucknell’s on-campus housing for LGBTQ students.

Fran’s House is named after the late Fran McDaniel, former director of the university’s Office of LGBT Awareness and personal friend of Windmeyer. A group of students from Fran’s House issued a statement to the university with their demands for the administration to establish Fran’s House as a permanent residence for LGBTQ students on campus. 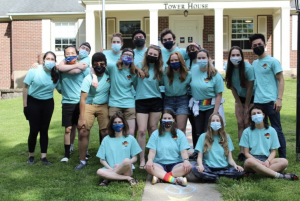 Bucknell University, a private liberal arts college in Pennsylvania, currently ranks at an average of three out of five stars on the Campus Pride Index, an “overall indicator of institutional commitment to LGBTQ-inclusive policy, program and practice” for college campuses across the country. Campus Pride is the leading national organization for LGBTQ students and has previously had a good relationship with Bucknell University. To see how your college ranks up, visit www.campusprideindex.org.

Other resources for LGBTQ students

Campus Pride is committed to “working to create a safer college environment for LGBTQ students.” We have many resources that support college students in making their campus a more LGBTQ-friendly place. We promote bias and hate crime prevention with our educational initiative Stop the Hate. Students are encouraged to #ReportIt if they witness discrimination on their college campus by filling out a form at www.campuspride.org/reportit.

We also offer safe space training for administrators, faculty, staff and students through our Safe Space Train the Trainer Program. To support LGBTQ students in Greek Life, members are encouraged to join our Lambda 10 National Greek Ally Network. For more information, please contact Campus Pride by phone at (704) 277-6710 or by email at info@campuspride.org.