Campus Pride awards grants to No 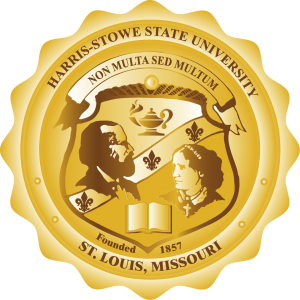 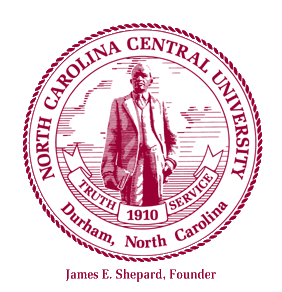 rth Carolina Central University and Harris-Stowe State University for one year of funding for the usage of the “LGBTQ on Campus” online trainings developed in partnership with Kognito.  The trainings build skills to support lesbian, gay, bisexual, transgender and questioning (LGBTQ) youth.

“Not every campus has the staffing or immediate resources to do LGBTQ trainings with students, faculty and staff — especially at rural campuses, two-year colleges, Southern campuses and minority-serving institutions,” said Shane Windmeyer, Executive Director of Campus Pride. “Campus Pride and our partner Kognito are proud to award NCCU and Harris-Stowe State University, two Historically Black Colleges & Universities with this grant to improve their campus climate for LGBTQ students.”

This grant program funds two campuses to utilize without charge both the “LGBTQ on Campus Training for Students and the LGBTQ on Campus Training for Faculty & Staff.”  Special priority was given to rural campuses, two-year colleges, Southern campuses and minority-serving institutions (such as HBCUs, TCUs, HSIs, etc).  The implementation of the online training is for a full academic year starting Fall 2015 and ending Spring 2016. Selected recipients must agree to conduct pre/post-test measurements and are required to report results as well as participate in an implementation strategy starting in Spring 2015 until the end of the grant cycle. 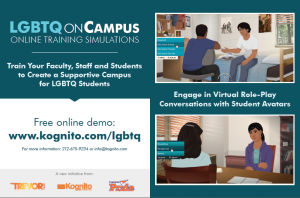 Campus Pride had over fifty colleges apply for this first-time grant program for “LGBTQ on Campus” and improving LGBTQ campus climate in under-represented and/or under-resourced campus communities.  Currently, the trainings may be purchased for individual use at www.kognito.com/store, or they can be purchased by institutional buyers, such as colleges and universities, state agencies, schools and school districts.  To view live demos of these trainings go to: www.kognito.com/lgbtq