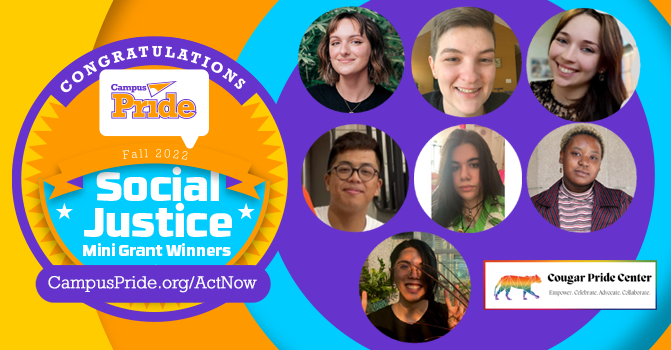 This fall, eight students received grants, with grantees representing schools from across the country. They join dozens of students who have received a similar grant in the past year and a half. Projects have ranged from a production of an original play featuring trans artists to a lobbying campaign for administrators to adopt more inclusive policies, to a mentorship program for LGBTQ+ students to an LGBTQ+ art installation on campus.

“So many LGBTQ+ students at colleges and universities have imaginative, innovative ideas for how to increase LGBTQ+ visibility and equality on their campuses. The problem is that there is often a lack of funding to fuel these projects – and that’s where Campus Pride comes in. We aim to nourish and sustain a variety of projects on college campuses nationwide to ensure that LGBTQ+ students feel affirmed, understood, and supported at school. We are grateful for these grantees for all of their work.”