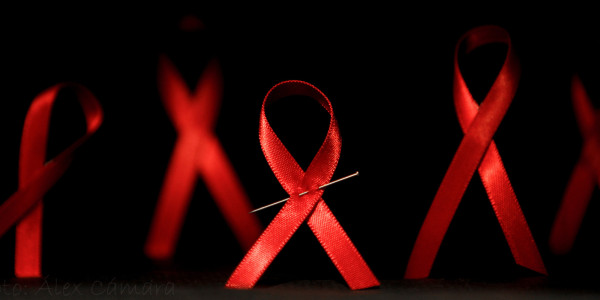 The Centers for Disease Control and Prevention have a number of campaigns and support for AIDS & HIV available for you. These campaigns, tips and tools help support those with HIV/AIDS or who are working towards prevention of infection.

Start Talking. Stop HIV., a new phase of CDC’s Act Against AIDS initiative, seeks to reduce new HIV infections among gay, bisexual and other men who have sex with men* by encouraging open discussion about a range of HIV prevention strategies and related sexual health issues between sex partners. Effective partner communication about HIV can reduce HIV transmission by supporting HIV testing, HIV status disclosure, condom use, and the use of medicines to prevent and treat HIV.

Though they only represent 2% of the overall population, gay and bisexual men–including those who inject drugs–account for over half of the 1.1 million people living with HIV in the United States (57%, or an estimated 657,800 people), and two-thirds of all new HIV infections each year. A 2011 study in 20 U.S. cities with high AIDS prevalence found that 18% of gay or bisexual men had HIV. That’s about 1 in 6 men. Of those men, 33% did not know they had HIV.

For more information, read the AIDS Against AIDS original press release and the AAALI expansion announcement. Visit the AAA News page for our annual reports and newsletters.

We Can Stop HIV One Conversation at a Time
Encouraging Hispanics to talk openly about HIV/AIDS.

Let’s Stop HIV Together
Raising awareness and fighting stigma about HIV. Get the Facts. Get Tested. Get Involved.

View all of the CDC Act Against AIDS Campaigns and take action today.

Your life matters and staying healthy is important.

No matter the type of relationship, communication can be key to finding the right prevention strategy that works for you and your partner.

Check out the campaign materials for HIV prevention among gay and bisexual men.