Printed with permission from The Washington Blade. Originally published 08/14/2015. 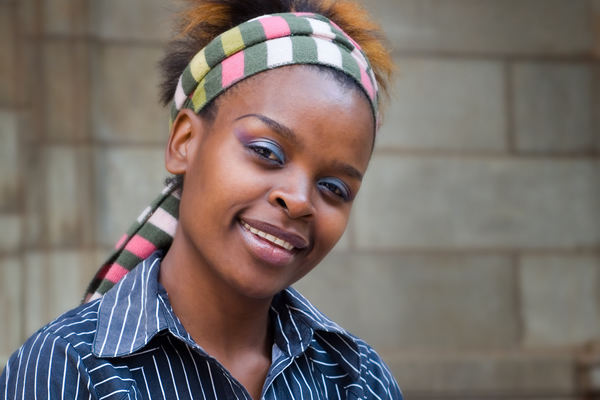 The intersection of race, sexual orientation and gender identity is the everyday lived experience of LGBTQ students on Historically Black Colleges and Universities (HBCUs). These factors create unique challenges for students on these campuses and the campuses themselves.

These types of campuses are often overlooked when it comes to money and resources. As a movement, we continually fail in providing support toward minority-serving institutions, especially those in rural areas and the South. However, there has been growing visibility and progress at HBCUs and in recent years.

These types of campuses are often overlooked when it comes to money and resources. As a movement, we continually fail in providing support toward minority-serving institutions, especially those in rural areas and the South. However, there has been growing visibility and progress at HBCUs and in recent years.

Thanks to the work of student leaders and staff at HBCUs, these campuses are increasing the visibility of and resources for LGBTQ students and their specific needs. This July, at Campus Pride’s Summer Leadership Academy, there were more than 30 student leaders and staff in attendance from various HBCUs. Through caucuses, workshops and conversations between students and advisors, a theme of the unique issues HBCU LGBTQ students face, as well as the unique solutions to these issues, emerged.

A majority of HBCUs were founded on religious principles, causing a conflict when that particular faith, or the mainstream interpretations of that faith in the black community, do not support LGBTQ people. LGBTQ students who attend HBCUs are often told they are going to hell or that they should repent to “pray the gay away.”

Additionally, the black community has suffered from stigma in regard to mental health for years. Historically, people of color don’t seek counseling and are deemed as “crazy” if seeking mental health professional help or suggested to “pray about it.” This combines with a history of pathologizing queerness, creating additional barriers for black LGBTQ students when they experience feelings of difference when it comes to their gender identity or sexual orientation.

People of color often feel as if we must choose between our ethnicity and sexual orientation or gender identity because we are often ridiculed in both as if we cannot co-exist. This often leaves us feeling isolated, ignored and marginalized. Communities of color, because they have been historically hyper-sexualized by white people, may choose not to share their sexual or gender identities for fear of “airing dirty laundry” and buying into untrue stereotypes of black people.

In order to successfully organize on HBCU campuses, there are several components that guarantee success, including relationship building, transparency and creating resources. These components allow HBCUs to address the unique issues their LGBTQ students face as multifaceted, intersectional people.

As LGBTQ and ally leaders, whether staff or student, building relationships is important. Due to the stigma and “taboo” effect of LGBTQ culture, some people don’t how to approach sexuality or gender identity. Building a relationship where people trust you is how you will gain campus support. You can have an LGBTQ organization that LGBTQ people of color don’t support if they don’t know who you truly are.

Students need to see a reflection of themselves. Not enough people of color are out on HBCU campuses. It is detrimental to youth of color, especially black men and transgender people, including non-binary people. Many people who can pass as straight or as cisgender choose not to be out publicly for safety reasons. Many professionals are closeted in communities of color, perpetuating the idea that expressing your true self is detrimental to the fight against racial oppression. Black LGBTQ youth don’t get to see proud, successful black people often because of this and miss out on role models they may need to live openly themselves.

Out of the 105 HBCUs is the United States, only three have resource centers versus the hundreds that predominantly white institutions have. Culturally there are so many barriers that HBCU campuses face that prohibit them from being exposed to possible resources. Unfortunately, HBCUs are faced with financial crisis and the ones that are running are trying to keep their schools accredited and open.

HBCUs are often ridiculed, but produce the highest number of black graduates in the country. However, the lack of resources is dooming our culture for generations to come. HBCUs need resources when they receive pushback; they need financial support to assist with programming for LGBTQ student organizations. This increases visibility of LGBTQ students at HBCUs, allowing universities to better recognize and support these groups. HBCUs need organizations, companies and government officials to show them that they matter, so that those who are dedicated to this work don’t grow weary or tired before making that impact.

Trinice McNally is the Coordinator of Diversity Initiatives and Gay-Straight Alliance Advisor from Bethune-Cookman University in Daytona Beach, Fla. She is proud to be an openly queer woman working at a historically Black university. Allison Marie Turner is an alumnus of the University of North Carolina at Chapel Hill, where she studied journalism and mass communication and women’s and gender studies. She is a 2015 Programs and Communications Fellow for Campus Pride.