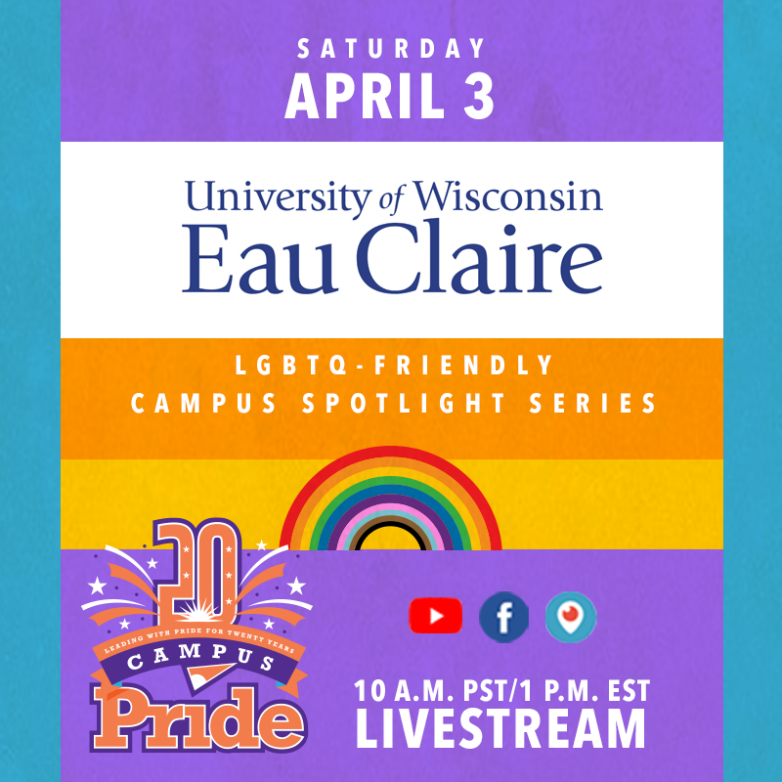 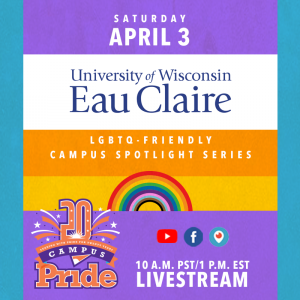 April 3rd: In this Spotlight, Ayla Azim (she/her) hosts a conversation with University of WisconsinEu Claire’s Director of Gender and Sexuality Resources Dr. Christopher Jorgensin (he/him/his). Dr. Jorgensin describes UWEC’s intentional allocation of resources pushes LGBTQ+ individuals to thrive rather than simply survive their college experiences, landing UWEC among the highest scoring colleges on the campus pride index. UWEC develops LGBTQ+ student autonomy by allowing them to self identify and change their preferred names in the administrative system and encouraging them to step inside the physical safe space and student center for the campus’s queer community: The Bridge. Dr. Jorgensin’s speaks to his philosophy behind creating an Administration equipped to tackle the intricate and often intersectional need of the college’s LGBTQ+ communities and speaks to the importance of allocating funds in effort to follow through claims of diversity. Key to the campus’s success in community building is no doubtedly the visible infrastructure in place for members of the LGBTQ+ communities such as the Rainbow Floor- a living/learning residence floor specifically for LGBTQ+ identifying students and the expansion of gender neutral bathrooms within new construction. Dr. Jorgensin emphasizes the importance of creating a visible community that becomes one of the university’s “front facing elements” in to support future classes of prospective students. Lastly, Dr. Jorgensin discusses holding universities accountable for creating educational spaces for the intentional conversations about intersectional issues involving LGBTQ+ oppression such as racism, politics, poverty, etc. UWEC invites more voices to the table by hosting nationally recognized events such as freaQweekl and The Fire Ball. These student-led events bring people together for entertainment, but ultimately constitute a celebration of a variety of political activists organizations and create an educational space to develop advocacy skills. UWEC ranks among the best college campuses in the world on the campus pride index for the creation of intentional community, where members of the school’s LGBTQ+ community have the chance to become their own political activists supported by the administration whose actions/policies reflect the mantra that “Community is not defined by Proximity. Community requires effort.” To learn more, visit https://campusprideindex.org/