As the National Organization for Marriage’s efforts against marriage equality in Maine, Maryland, Minnesota, and Washington heat up, students are called to educate peers and lead the struggle for inclusive communities and campuses. 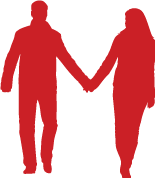 It is no secret that the National Organization for Marriage is working against gay marriage in battleground states across the country. However, many people are unaware that NOM’s efforts extend beyond marriage equality and include targeting college students in hopes of fueling the next generation of hate and discrimination toward LGBTQ people. Equality Matters has published several exposés detailing how NOM is working against LGBTQ student leaders and inclusive campuses, and now Campus Pride is joining the fight to expose the truth about the National Organization for Marriage. Campus Pride and Equality Matters are releasing new resources to mobilize students in key states such as Maine, Maryland, Minnesota, and Washington to hold NOM accountable in the fight for LGBTQ equality. Continue reading below for more information about NOM’s extremism and misinformation.

NOM’s efforts against LGBTQ students range from limiting curriculum offerings to encouraging website censoring to eliminate anti-bullying laws, among others. NOM’s Chairman of the Board John Eastman called LGBTQ student organizations “incubators of moral relativism” and criticized LGBTQ-inclusive diversity education as promoting a “homosexual agenda.” Equality Matter’s “What Would A NOM-Run Public School Look Like?” includes more information about NOM’s anti-LGBTQ comments and actions related to schools and education.

This past August, Equality Matters released an exclusive article about a blogger who went undercover at NOM’s anti-LGBTQ conference, which invited college students to attend for the first time this year through an “Emerging Leader” program. While the conference’s website suggested that “natural marriage” would be the main topic of discussion at the conference, NOM peddled harmful misinformation and anti-gay myths to students, including:

NOM is not only funding anti-LGBTQ efforts in battleground states across the country; they are recruiting college students to push their lies and anti-gay propaganda. These efforts put inclusive and welcoming campuses nationwide at risk and require a strong and united response from LGBTQ college students and allies, especially in states where NOM is most active. Campus Pride and Equality Matters call on students in Maine, Maryland, Minnesota, and Washington to stand up to NOM by spreading the word about their lies and extremism. We have compiled a NOM Resource Sheet for your use in educating your campus community, and we have also created a series of Letter to the Editor templates with state-specific information for you to write to your campus and community newspapers.

As NOM tries to sway residents of Maine, Maryland, Minnesota, and Washington with these lies this fall, we hope that you and your fellow students will see through their bigotry and fight back.