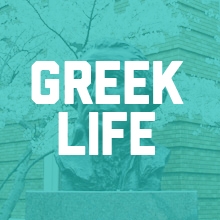 “Fraternities”—a term for social organizations of male students at a college or university, usually designated by Greek letters—have been a part of higher education in the United States for more than 200 years. While there have always been gay and bisexual men in fraternities, it is only in the last decade that they have been acknowledged, sometimes accepted, and often rejected. Since 1995, there has seen a dramatic increase in the number of men coming out in the college fraternity. As a result, new fraternities have been founded which cater to gay, bisexual, and straight progressive men and these organizations continue to flourish on campuses today.

When Phi Beta Kappa was founded at the College of William and Mary in Williamsburg, on December 5, 1776, this gave birth to one of the most storied traditions of American higher education: the college fraternity. The original members of Phi Beta Kappa were teenage men who banded together in the interest of promoting friendship, morality, and literature. In addition to choosing a name represented by Greek letters, the organization developed a motto, handshake, and a ritual of initiation—all of which were highly secretive. Interest in fraternities soon spread to other campuses and Phi Beta Kappa established local chapters at other institutions including Harvard and Yale Universities. Other students who were not selected to join or who had no interest in joining Phi Beta Kappa established new organizations and adopted different sets of Greek letters and secrets, distinguishing themselves from Phi Beta Kappa.

In 1776, access to higher education in the United States was limited to Caucasian, Protestant, upper-class males. Therefore, membership in early fraternities was limited to students with only these characteristics. As a more diverse population entered the classrooms, students were denied membership to the existing fraternities and often started their own. In 1851, the Adelphean Society was founded at Georgia Female College (now Georgia Wesleyan) and is considered the first fraternal organization for women (sorority), later changing its name to Alpha Delta Pi. At the City College of New York, Delta Sigma Phi was founded in 1899 in an effort to provide a brotherhood where Christian and Jewish men could coexist. Alpha Phi Alpha fraternity was founded at Cornell University in 1906 as the first fraternity for African-American men. Some fraternities were founded for students studying specific academic disciplines while others were formed as honorary organizations to recognize outstanding scholarship. Fraternities also were established as coeducational organizations, offering membership to men and women. While student organizations certainly exist on campuses throughout the globe, the phenomenon of the fraternity is almost exclusively limited to the United States and Canada. Some fraternities have a huge national presence with more than 200 chapters on North American campuses while local fraternities exist at only one institution.

Gay and bisexual men have always been a part of college fraternities, often closeted until after graduation. In 1996, Douglas N. Case published the first and only national quantitative study to date on gay and bisexual men within the college fraternity. He described these men as the “invisible membership.” Case ascertained that the percentage of gay men who are in fraternities is similar to the percentage of male students on campus who are gay or bisexual. On average, the male respondents were able to confirm (from knowledge received either during or after college), that 5 to 6 percent of members in their fraternity chapters were gay or bisexual. He also found that gay and bisexual members joined a fraternity for similar reasons as heterosexual members, namely to find friendship and camaraderie, as a social outlet, and to have a support group and sense of belonging. Despite the common misperception, Case concluded that sexual attraction was not a motivation for joining fraternities. He also discovered that 80 percent of the men held a major executive office in their chapters such as President, Vice President, Secretary, Treasurer, and New Member Educator. The tendency toward “over-achievement,” Case believes, reflected a need of gay and bisexual male students for self-validation and acceptance from the fraternity.

The Lambda 10 Project National Clearinghouse for Gay, Lesbian, Bisexual Fraternity and Sorority Issues was founded in 1995 at Indiana University to heighten the visibility of gay, lesbian, and bisexual members of the college fraternity system by serving as a clearinghouse for resources and educational materials. Three years later, Out on Fraternity Row: Personal Accounts of Being Gay in a College Fraternity was the first book to look closely at the collective experience of sexual identity and fraternity life. This anthology chronicled the positive impact of gay and bisexual brothers within fraternity life, the collective harms of homophobia on friendship/brotherhood, and the prevalent “denial dynamic” in joining a fraternity–the belief that somehow by joining a fraternity my “gay feelings” will subside. Men in fraternities can no longer deny that there are gay and bisexual men within their ranks or that homophobia is a pervasive problem.

The experience of gay and bisexual men varies greatly depending on the men within the chapter, the college campus climate, and the national fraternity leadership. Men who rush openly gay or bisexual are often denied fraternity membership. The acceptance of gay and bisexual fraternity brothers is relatively greater when members join the fraternity closeted, establish a close friendship and brotherhood, and then disclose their sexual identity. The Lambda 10 Project documents cases of men who have been kicked out for being gay or bisexual as well as men who are welcomed or accepted for who they are.

While gay men and bisexuals are certainly finding more opportunities to be a part of the fraternity experience, transgender students will face a tougher battle, especially if they want to join existing fraternities. In addition to encountering prejudice, federal legislation may be an obstacle for these students. The U.S. Educational Amendments of 1972, commonly known as “Title IX,” prohibit organizations that receive federal financial assistance from discriminating against people on the basis of gender. However, fraternities have the legal right to restrict their membership to men since they are granted an exemption by the federal government. A challenge presents itself, however, when a person born as a biological female, but who lives life as a male, wants to join a fraternity. From a legal perspective, a fraternity could jeopardize its single-sex status by admitting such a student who is not biologically male into the organization.

As more and more people come out of the closet and at younger ages, fraternity members will see an increase in the number of gay and bisexual men who desire to be a part of the Greek experience (Baker 2002). This visibility, however, may result in more homophobia, biphobia, and incidents of hate directed toward gays and bisexuals. As a result, college administrators as well as national fraternity leaders will likely place more emphasis on creating policy, practices, and educational resources that affirm the presence and acceptance of gay and bisexual members. In addition, fraternities founded to provide the Greek experience to gay, bisexual, and perhaps even transgender students will continue to grow both in the number of chapters as well as the number of students per chapter.

Case, Douglas N. 1996, April/May. “A Glimpse of the Invisible Membership.” Perspectives: A Publication for the Members of the Association of Fraternity Advisors 33, no. 3: 7-10.

Windmeyer, Shane, L., and Pamela W.]Freeman. eds. 1998. Out On Fraternity Row: Personal Accounts of Being Gay in a College Fraternity. Los Angeles: Alyson.

Lambda 10 Project. August 2003. Shane L. Windmeyer. Accessed August 27, 2003. <http://www.lambda10.org/> Resource clearinghouse of educational interventions, books, articles, personal essays and other web links related to sexual orientation issues in fraternity and sorority life as well as a listing of over 4000+ openly gay men and women in college fraternities and sororities to network for visibility and support of coming out today on campus.

Office of the Assistant Secretary of Administration and Management. October 2003. U.S.