by Isabel Williams, College of Charleston

“Ex-gay minsitries”,”reparative therapy”, “conversion therapy”, or “sexual reorientation therapy” describes practices of individuals or groups that claim to offer “treatment” for LGBTQ identities and attempt to change them to heterosexual and cisgender identities. These practices are now primarily promoted by a few neo-conservative religious sects.  Conversion therapy is widely discredited by mainstream therapists, scientists, human right activists, and importantly, those who have lead or have undergone these “treatments”. The purpose of this guide is to provide students and adults targeted by these practices information about the many serious harms associated with ex-gay or reparative therapy. Three major arguments to combat “ex-gay therapy” ideology include: It has been discredited by major health organizations, a number of prominent former “ex-gay” leaders have since come out against this practice, there is a large body of evidence from many survivors of “ex-gay therapy” that its effects have caused them serious harm. The National Center for Lesbian Rights has launched #BornPerfect: The Campaign to End Conversion Therapy to raise awareness about the harms of “Ex-gay therapy” and to aid in the passage of laws that protect LGBTQ youth from coercive practices. 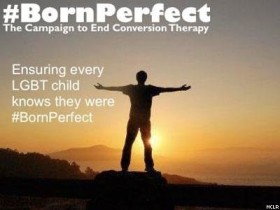 Major US Health Institutions reject the validity of “conversion therapy”

Listing as presented by Faith in America

“Therapy directed specifically at changing sexual orientation is contraindicated, since it can provoke guilt and anxiety while having little or no potential for achieving changes in orientation.”

American Medical Association (2003)
“Our AMA opposes the use of ‘reparative’ or ‘conversion’ therapy that is based on the assumption that homosexuality per se is a mental disorder or based upon the a priori assumption that the patient should change his/her homosexual orientation.”

American Psychological Association (1997)
“No scientific evidence exists to support the effectiveness of any of the conversion therapies that try to change sexual orientation.” The association removed homosexuality from its list of disorders in 1975.

Many former leaders of “ex-gay therapy” movements have apologized for their actions and spoken out about the harm of  “conversion therapies”:

In August of 2007, 3 former leaders of what was once a major “ex-gay ministry” company, Exodus, issued a public apology to those whom their organization had harmed. This historic moment took place because of the work of the LGBTQ affirmative groups Beyond Ex-Gay and Soulforce and because of the bravery of those who came forward. Former Exodus leaders Darlene Bogle, Michael Bussee, and Jeremy Marks remarked:

“As former leaders of ex-gay ministries, we apologize to those individuals and families who believed our message that there is something inherently wrong with being gay, lesbian, bisexual, or transgender. Some who heard our message were compelled to try to change an integral part of themselves, bringing harm to themselves and their families. Although we acted in good faith, we have since witnessed the isolation, shame, fear, and loss of faith that this message creates.”

Many survivors of “ex-gay therapy” report trauma and mental and physical health threats associated with their experiences with these “therapists” or in facilities: 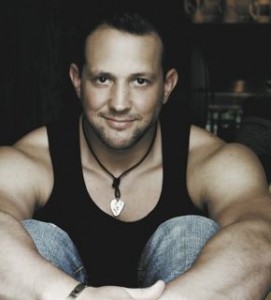 Justin Utley, a member of the Campus Pride Speakers Bureau, is an openly gay singer/songwriter. As an “out” ex-Mormon and survivor of ex-gay therapy, speaks candidly about his life and experiences through his inspiring storytelling and powerful, entertaining music. He is an outspoken personality against the Mormon church’s use of conversion therapy, a method Utley endured for two years after serving a two-year full-time mission for the church. Bring Justin to your campus!

The Organization Beyond Ex-Gay has created an online survey to record the experiences of survivors of ex-gay therapy. These are some examples of responses form the nearly 400 people who have already taken the survey you can see the entire press release.

“I was told to view homosexuality as being akin to alcoholism. I had to repent of the sin, have the spirit of homosexuality cast out of me.”

“I was told it was a response to childhood abuses that happened even if I did not remember them.”
“My reparative therapy counselor initiated ‘holding therapy’ with me, which progressed into intimate physical activity between us.”
“I lost 20 years of living to the lies of the ex-gay crowd, and never once saw a single person become straight. I wish I could sue for fraud.”
“Self-hatred, isolation, depression, and flashbacks continue to be mental health issues.”
“The financial cost of ex-gay ministry is not what I paid during the experience, but the thousands of dollars I have spent for therapy to get over the experience.”
Additional Resources:
Faith in America  has a variety of resources for LGBTQ people and their families through the lens of accepting faiths
Beyond Ex-Gay is “an online community for those who have survived ex-gay experiences” and has a range of resources for anyone interested in the topic including stories of survivors, art, poetry, a survey for survivors, and a glossary.
The Southern Poverty Law Center: SPLC is has created a map that compiles information about locations of “ex-gay therapists” and groups across the nation
Truth Wins Out and TWO Care: the Truth Wins Out site is now archived for posterity and is no longer updated but it has an “Ex-gay Consumer Fraud Division” that deals with dispelling ex-gay myths and exposing ex-gay practices.
National Center for Lesbian Rights: NCLR, sponsor of the #BornPerfect Campaign, has created a listing of survivor stories and network, and is committed to legal support of people who are targeted by or have experienced reparative therapy.
Justin Utley: As an “out” ex-Mormon and survivor of ex-gay therapy, speaks candidly about his life and experiences through his inspiring storytelling and powerful, entertaining music.
Isabel Williams is a 2014 Summer Fellow at Campus Pride. She is a rising senior at the College of Charleston studying Political Science. Isabel is the Student Organizer for College of Charleston’s SafeZone program and the president of the Gay-Straight Alliance. Learn more about Isabel