So, is it nature or is it nurture? 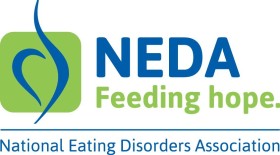 Eating disorders are the most lethal of all mental illnesses, and affect more than 25 million people in the United States.  To be redundant because it’s important, these illnesses—Anorexia Nervosa, Bulimia Nervosa, Binge Eating Disorder, and unspecified eating disorders —have taken the lives of too many wonderful young people, and continue to do so.

Many colleges and universities have been aware of the prevalence of eating disorders for some time, and have been doing what they can.  Of course, in the absence of adequate funding for sufficient research, common lore reigns.

With myth as prevailing truth, eating disorders were (and often still are) imprudently narrated as illnesses as disorders of will, disorders of choice, and disorders of the affluent straight white girl.

I’m credentialed as a Certified Eating Disorder Specialist (CEDS), having spent the last nine years resolutely and unapologetically fixated on best-practice care for persons with eating disorders, and am co-founder of Veritas Collaborative, a specialty behavioral health hospital for young people with eating disorders. Addressing and healing eating disorders is incredibly important to me.

Collaborative efforts in the academic and clinical practice communities point to an alarming reality—our societal failure to acknowledge the enormity of eating disorders within the LGBTQ community.  Yep, I meant it to sound bold like that.

·      Approximately 6% of males identify as gay in the US; yet gay males represent 42% of males with eating disorders.

·      Gay males appear to be at particular risk due to intra-community pressures to be muscular and thin at the same time.

·      Loneliness is an understudied and significant risk factor for gay males; those not in a (self-described) significant romantic relationship appear to engage in dramatically more—and more severe—instances of eating disorder behaviors than those in relationships.

·      Lesbian women were once considered “protected” from eating disorders because of the community’s perceived rejection of the feminine norm, yet now we know that lesbian women are just as likely to have an eating disorder as straight women.

·      Only 35% of medical curricula include any information on endocrine/hormonal/medical issues related to gender transition.

·      LGBTQ persons people are 2.5 times more likely than their heterosexual peers to have had a mood, anxiety, or substance abuse disorder in their lifetime (more co-morbid risk factors for eating disorders)

Moreover, we know that eating disorders—complex disorders that live at the intersection of nature and nurture and the intersection of physical illness and mental illness—can start out as ways to cope with the stress, stigma, and shame heaped upon them (a concept called “minority stress”).  LGBTQ persons might engage disordered eating behaviors as:

•       An identity to hold onto while LGBTQ identities may yet be amorphous, i.e. I am my eating disorder

•       A response to trauma, in whatever form or forms that might take

•       A means of attaining a masculine or feminine ideal

It’s important to remember here that we believe eating disorders have a nature/nurture component to them, too.  Clinically, we understand eating disorders as remarkably complex, biogenetically-mediated mental illnesses.   That is to say, some persons may be genetically hard-wired for an eating disorder illness; absent purging or restricting or compulsively exercising, the illness might remain practically dormant, and the person may never experience the torment of an eating disorder.

All this theory is truly important to the LGBTQ community.  What might seem like an inconsequential behavior—say, restricting foods or food groups—may inadvertently trigger a long-term struggle with an eating disorder.

I believe we have a chance to do things differently—a chance to potentially prevent our peers from having to experience this kind of pain.

And it starts with us.  Whether we’re in the therapy room, the classroom, the cafeteria, the library, or hanging out at the corner coffee shop—we can be mindful of how we talk about our bodies, and how we talk about other people’s bodies.  Given everything LGBTQ folks have to face during high school, college, and young adulthood, the absolute last thing they need is for their own community to be participating in the criticizing, critiquing, and shaming of bodies.

It’s awesome to witness the swift progression of LGBTQ rights before our very eyes.  Yet there’s much left to be done – and so many people still left in the shadows.  Not-so-shockingly, researchers found that when LGBTQ young people feel accepted by their families, they were much more likely to believe they would have a good life—and that they would have a happy, productive adulthood.
Want a protective factor from an eating disorder for an LGBTQ person?  Help them know that they are special, that there’s no one else in the  world like them, that they enrich our lives by their just being themselves, that their feelings are mentionable and manageable, and that they are wonderful and lovable just the way they are.

Veritas Collaborative is a Specialty Behavioral Health Hospital for Young People & Center of Excellence for the Treatment of Eating Disorders, located In Durham, North Carolina.