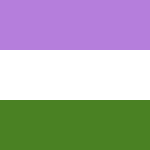 In the past few years we have seen a rise in the presence of trans and genderqueer students on college campuses across the country.  With this heightened visibility comes increased backlash that manifests itself in physical harassment and other forms of discrimination directed at trans people on campus.

Many universities do not provide protections, through policies or faculty and staff trainings, for LGBTQ students, leaving all queer students open to harassment and discrimination.  However, even those schools that have supports in place for gay, lesbian, and bisexual students tend to turn a blind eye to the issues of trans and genderqueer people on their campuses.

In a report published by the National Gay and Lesbian Task Force, Sue Rankin surveyed several universities with queer resource centers and other forms of LGBTQ support systems.  Even though these systems existed, Rankin cited that 41% of transgender respondents reported experiencing harassment at their universities.  Additionally, 34% of faculty, staff, and student respondents stated that they had, at some point in the past year, concealed their sexual orientation or gender identity to avoid harassment or discrimination by teachers or supervisors.    (Campus Climate.  Rankin, Susan.  The Policy Institute of the National Gay and Lesbian Task Force.  2003.)

Like gay, lesbian, and bisexual students, trans and genderqueer students face harassment in public spaces on campus and are often put into unsafe housing situations and hostile classroom environments.  However, as a result of the inability or unwillingness of universities and colleges to deal with transgender issues, trans and genderqueer students on college campuses face many additional challenges.  These include dealing with inexperienced and insensitive mental and physical health clinics and inaccessible restrooms and locker rooms. Also, identification cards, transcripts, and other university documentation often do not list the name used or gender presented by trans students. Even LGBTQ student groups and resource centers that do exist on campuses are not always welcoming and useful for transgender students because staff and students may not be educated on transgender issues and their resources may not include information on transgender issues.

Colleges and universities must begin taking steps to address the needs of trans students.  Even those colleges that claim to have no trans and genderqueer people on campus need to take proactive steps in order to ensure the safety of students presently closeted on campus, and future students, who transgress societal notions of gender.

The National Center for Transgender Equality (NCTE) was created to end violence and discrimination against trans people and we believe that everyone should be able to access college campuses regardless of their gender identity and expression.  NCTE works with colleges and universities to take steps that assure the safety of their transgender students, staff and faculty as well as provide accommodations for these individuals.

NCTE understands that determining the proper policies to accommodate trans and genderqueer people on campus can be confusing and, at times, overwhelming.  NCTE provides trainings and other forms of technical assistance to students, faculty, and administrators who are looking to either address immediate concerns about accessibility for transgender people, or who desire to be pro-active in their responses to these questions.  Our trainings cover a variety of topics and can be adjusted in length and content to fit your needs.