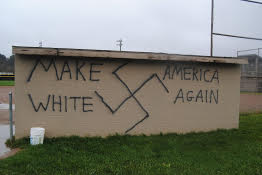 This month the FBI released a report on the number of hate crimes reported to law enforcement in 2015.  Tragically, the number of hate crimes increased by 6% with hate crimes targeting Muslims increasing sharply from the previous year.  Read full report.
The FBI has been reporting hate crime activity for the last 25 years.  In 2009, the federal hate crimes law was expanded by the Shepard-Byrd Hate Crimes Prevention Act, but despite the attention and expanded law, crimes targeting people because of their race, nationality, sexual orientation, gender identity, disability, and faith remain a problem of great national concern.
Within higher education, what continues to be disturbing is the alarming number of hate crimes occurring on campuses across the country.  In fact, schools are the third most common location for hate crimes to occur.
Campus Pride continues to be gravely concerned about this threat to the safety of college students and staff.  Of all the places in our country where young people should feel safe, it should be in our institutions of higher learning. 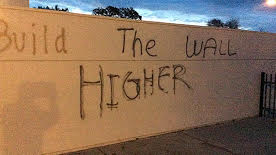 Stop the Hate is an educational initiative of Campus Pride created in 1999 to help colleges and universities take action to prevent bias and hate crimes.  Stop the Hate is designed to empower a campus to take action before hate crimes create the kind of fear that drives students away.  We believe that the best way to combat hate is through education and awareness.
Campus Pride will continue to provide this preventive training available and deepen its investment across the country.   Greg Miraglia, Campus Pride’s national program coordinator for Stop the Hate, said, “I’m saddened by the notable increase in reported hate crimes targeting, in particular, Muslims.  The number of hate crimes impacting the LGBTQ+ community reported in 2015 is also very disturbing.  It’s abundantly clear, more effort and education is needed to combat bias incidents and hate crimes on campus.”
Campus Pride offers a number of training programs and speakers to address a variety of issues related to student safety and equity on campus.  For more information, please go to www.campuspride.org.
Campus Pride is the leading national educational organization for LGBTQ and ally college students and campus groups building future leaders and safer, more LGBTQ-friendly colleges and universities. The organization provides resources and services to thousands of college students and nearly 1400 campuses annually. Learn more online at campuspride.org.