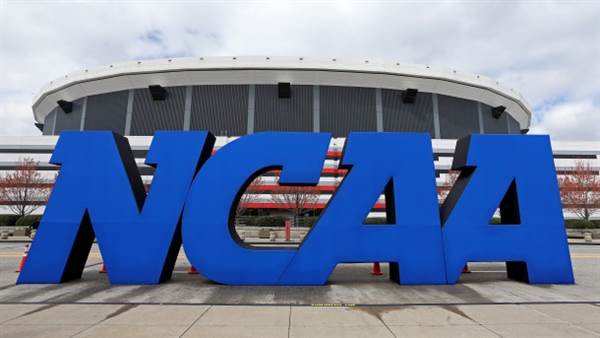 The National Collegiate Athletic Association (NCAA), after much anticipation, finally made the decision on Monday to move all seven of the NCAA championship events from North Carolina this 2016-17 academic year. Such a move is guaranteed to hit hard across the State, as it should.

The NCAA attributed its decision to concerns over the anti-LGBTQ HB2 law passed earlier in the year and its threat to the civil rights protections of LGBTQ people. NCAA specifically cited in reaching a decision that the law discriminated unfairly against transgender people, by preventing them from using public restrooms that correspond to their gender identity and allowing government officials to refuse to provide services to LGBTQ people.

NCAA President Mark Emmert said this in a statement: “Fairness is about more than the opportunity to participate in college sports, or even compete for championships. We believe in providing a safe and respectful environment at our events and are committed to providing the best experience possible for college athletes, fans and everyone taking part in our championships.”

Hmmmm … So the HB2 law conflicted with the NCAA’s commitment to “fairness and inclusion.” Interesting.

But what about NCAA member institutions that espouse the same religion-based bigotry and discrimination toward LGBTQ students on their campuses?

JUST LIKE HB2 AND THE NORTH CAROLINA DECISION, NCAA MEMBER INSTITUTIONS THAT DISCRIMINATE AGAINST LGBTQ PEOPLE SHOULD BE SANCTIONED AND NOT ALLOWED TO PARTICIPATE IN NCAA ATHLETICS.

Last March, Campus Pride and Soulforce along with 80 plus LGBTQ sports, religious and youth advocacy groups wrote a national letter to the NCAA to take actions to sanction and disassociate from all NCAA religious-based campuses that have requested or received discriminatory Title IX waivers against LGBTQ youth. The letter was largely ignored by the NCAA with a placated response that instead blamed the Department of Education for granting the Title IX exemptions.

The statement in part read: “… the Association values diversity and inclusion and its importance in higher education through sports. Our diverse membership comprising over 1,100 schools all serve to educate students while also preserving individual institutional values. In doing so, the landscape of higher education offers students the opportunity to select from schools that value various attributes.”

This past month Campus Pride updated the Shame List highlighting 102 campuses as the “absolute worst” for LGBTQ youth. Campuses on the list include NCAA member institutions with discriminatory Title IX waivers and anti-LGBTQ policies, programs and practices similar to HB2. The NCAA would want us to believe these campuses are merely “preserving institutional values.” That is the same argument Governor Pat McCrory and the North Carolina General Assembly used in passing the anti-LGBTQ HB2 law.

Go ahead. Pat the NCAA on the back for making the right decision in pulling out its events from North Carolina. But lets not forget, what about the closeted or questioning student athletes who play at NCAA member institutions with anti-LGBTQ policies, programs and practices? When will the NCAA be concerned for their protection and safety? What about the transgender athlete who has no choice but to visit, compete and play, use the bathrooms and public facilities at these campuses?

How can the NCAA state that they stand against anti-LGBTQ laws in North Carolina and then turn their back on their own NCAA student athletes who face discrimination at these campuses?

Just like HB2 and the North Carolina decision, NCAA member institutions that discriminate against LGBTQ people should be sanctioned and not allowed to participate in NCAA athletics.

NCAA member institutions sign up for fair play and inclusion in sports, not discrimination.