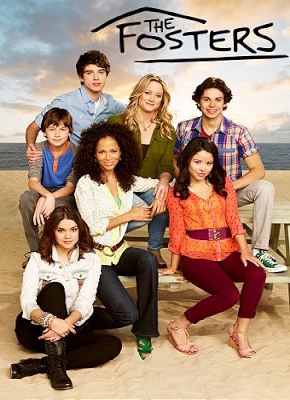 The media has come a very long way in the past 50 years in terms of the portrayal of LGBTQ individuals and topics. Today, just about every program on television has LGBTQ characters, storylines that incorporate LGBTQ characters, or stories that acknowledge the existence of LGBTQ people. However, this wasn’t always the case. Until the 1990s, almost all LGBTQ-related topics covered in media were portrayed in a negative light. News stories often followed hate crimes, the AIDS epidemic, and the struggles faced by LGTBQ people. Television and movies often dealt with only the negative aspects of being gay.

The tide finally started to change in the mid 1990s and reached a true turning point with “The Puppy Episode” of Ellen in 1997, where Ellen finally came out as a lesbian. That episode was viewed by 42 million people. In the years following that, dramatic television programs like Queer As Folk, Degrassi, Desperate Housewives, and Ugly Betty, explored gay and lesbian relationships and characters more in depth and accurately depicted the struggles they faced. Comedies at the time such as Sex and The City, Will & Grace, and The Office depicted gay and lesbian relationships and characters in a more comical light, and helped LGBTQ people feel less alienated and more represented in media. These programs were also important because it showed that LGBTQ people were out in the world living happy, successful, normal, and fulfilled lives.

Fast-forward a few years, and it’s hard to find a television program that doesn’t feature an LGBTQ character or consistent storyline. Programs such as Glee, Modern Family, Pretty Little Liars, Shameless, Teen Wolf, American Horror Story, Scandal, and many others have LGBTQ main characters or consistently have storylines that involve them. These programs have done a great job of making many people realize that LGBTQ people are regular members of society who have the same goals and aspirations as everyone else.

In 2015, it’s very easy to see LGBTQ people on the covers of magazines, the top of the billboard charts, and in your favorite television shows. Just this past month, the program The Fosters featured the youngest same sex kiss ever on television when two thirteen year old boys shared a moment after discussing their feelings. The entire premise of the show is about a lesbian biracial couple, which also broke new ground for television. It’s amazing that television and media in general are changing at such a rapid pace and showing people that they’re not alone in their struggles and issues.

It’s extremely important to have an accurate and consistent portrayal of LGBTQ people to let everyone else know that they exist and they’re completely normal. They’re your neighbors, your co-workers, and your friends. They’re your favorite musician, your favorite actor, and the anchor you watch on the news every night. LGBTQ people are currently surviving and thriving in the media and are going to be doing so for a long time to come.

Matt Daly is an undergraduate student at Central Michigan University serving as a volunteer for Campus Pride during an alternative break.