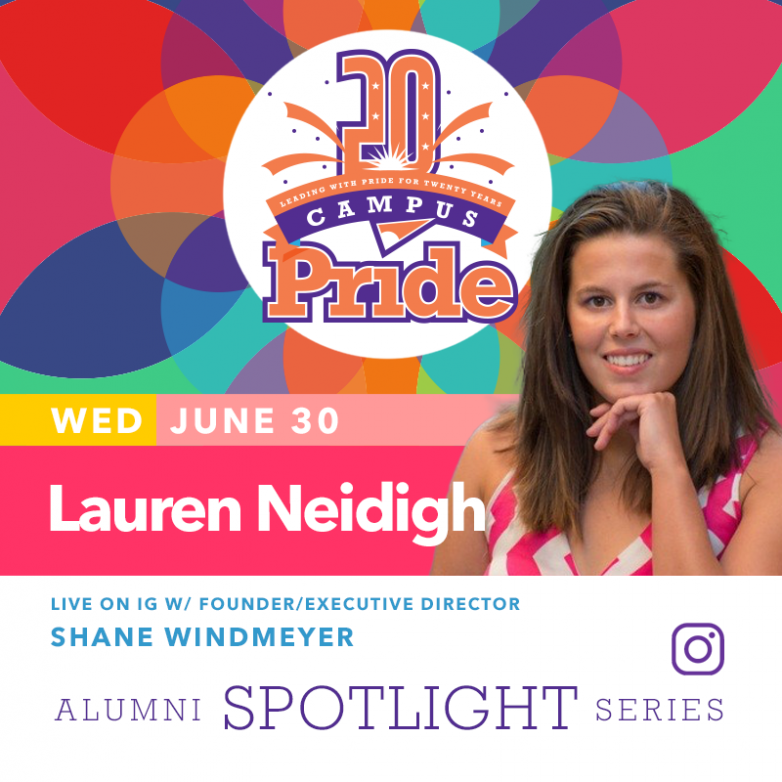 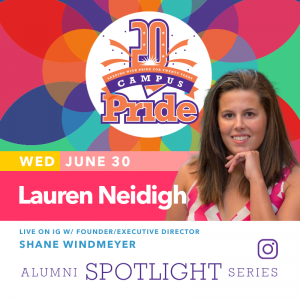 Lauren Neidigh is a former NCAA swimmer at Florida and Arizona. She was a team captain and state champion for the Bolles School Sharks in her hometown of Jacksonville, Florida. Lauren competed in the 2012 Olympic Trials for the Florida Gators and Bolles School Sharks. She was a scorer at the SEC Championships and the Pac-12 Championships. Lauren came out in 2014 as a junior in college. She went on to get involved with LGBT activism through Outsports, Nike, and Campus Pride. She was a speaker at the Nike LGBT Youth Summit and Outsports Pride. She received a Campus Pride Voice and Action award in 2015. She was the Director of Social Media and Digital Initiatives for GO! Athletes and founded GO! Space. She continues her work in GO! Space to connect LGBT student athletes, coaches, and allies nationwide. Lauren was recently a coach for Loggerhead Aquatics, following in the footsteps of her mentor and former coach Shawn Delifus, and a swim instructor for AQUA Swim School before starting her work in the mental health sector. She got her bachelor’s degree in psychology from Arizona and her master’s degree in Criminology from Florida State University. She now works as a clinician for the Mental Health Resource Center in Jacksonville.