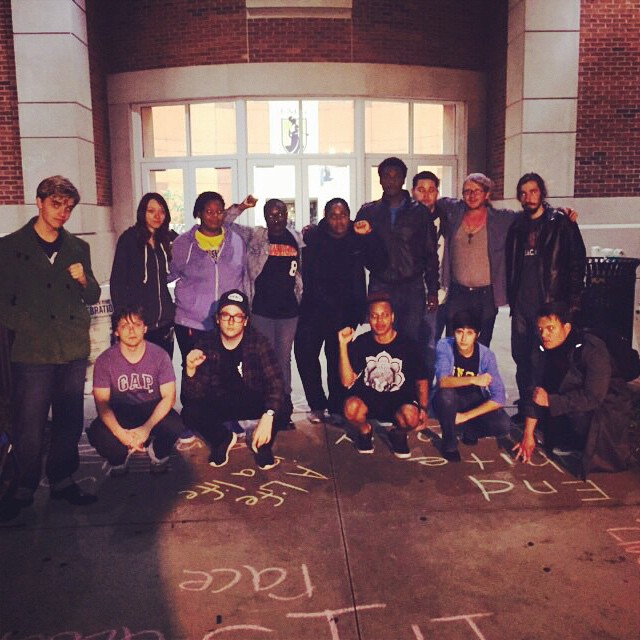 On Monday, November 24, the grand jury in the Ferguson case decided not to bring criminal charges toward Darren Wilson, the police officer who killed Michael Brown, an unarmed black teenager this past Summer in Missouri. Campus Pride released the following statement:

“Another unarmed young black man has been killed in this country.  All of us should be upset, outraged and angered by this decision.  All lives matter – and this includes young black and brown lives. Anyone who commits such acts must be brought to justice.  We cannot allow murders like Michael Brown and Trayvon Martin to continue.  There must be accountability and consequences to these deaths. No young black man should ever fear walking down a street in his neighborhood and being shot by a police officer,” said Shane Windmeyer, executive director of Campus Pride.

“Our thoughts and prayers are with the Michael Brown family and we stand in solidarity with the Ferguson community who has repeatedly protested the excessive use of force by law enforcement. While people are struggling with anger, hurt and outrage, we must collectively channel these feelings into even greater resolve to reform the criminal justice system and end racial profiling. Together we commit ourselves to action for racial justice, to show that all young lives matter and to do the work to achieve freedom and full equality,” Windmeyer continued.

“On behalf of LGBTQ young people across the country, Campus Pride stands strongly with the civil rights community in condemning this decision. We will continue our mission to amplify LGBTQ youth of color voices and do our part to create greater visibility for queer and trans youth of color.”