The first Pride parade occurred in June of 1970, and it wasn’t like the fabulous, rainbow-filled Pride that we are used to seeing today. This Pride parade commemorated the one-year anniversary of the Stonewall Riots that occurred in New York City. The Stonewall Inn Riots occurred on June 28, 1969 and consisted of  many police raids of the Inn.  Stonewall Inn was a well-known gay club in NYC and after many raids the LGBTQ youth decided to rebelled against the police. The activists in these riots were mainly transgender women of color so that sparked a lot of discussion about the transgender community during and after the riots. A lot of this discussion was within the LGB community. The LGB community saw the oppression the transgender individuals were going though, and they could feel as though they related and wanted to help their cause. They realized they were all fighting the same exact fight. These riots lasted about a week and really brought LGBTQ issues into the spotlight in our nation. 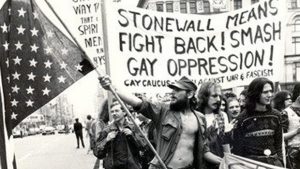 Once LGBTQ issues were in the headlines it was hard for people to ignore. Pride parades and walks started happening all over the country and more and more activists started coming to the forefront to fight for equality. The Stonewall Inn riots was a terrible time in history, but it ignited the spark that the LGBTQ community needed to fight for what they deserve.

This first Pride parade was named the “Christopher Street Gay Liberation Day March.” It occurred in New York City and covered 51 blocks. This march was a catalyst for many other Pride parades across the country. By the 1980s, most major cities in the U.S. had their own Pride parades. In 2011 President Obama declared June LGBT Pride Month. Pride parades now occur freely all around the country. For a full list of pride events and parades occurring in the U.S. visit the Seasons of Pride website.

Samantha Kelleher is a Senior at the University of South Florida and plans on pursuing a degree and career in Student Affairs. She is a Resident Assistant and also in a Greek Panhellenic organization at USF.

One Response to Guest Commentary: The Activist Origins of Pride: The Stonewall Riots to Today