The transgender community is one of the most underrepresented, misinterpreted, and misunderstood facets of the LGBTQIA community.  This guide is just an introduction to a very diverse community. 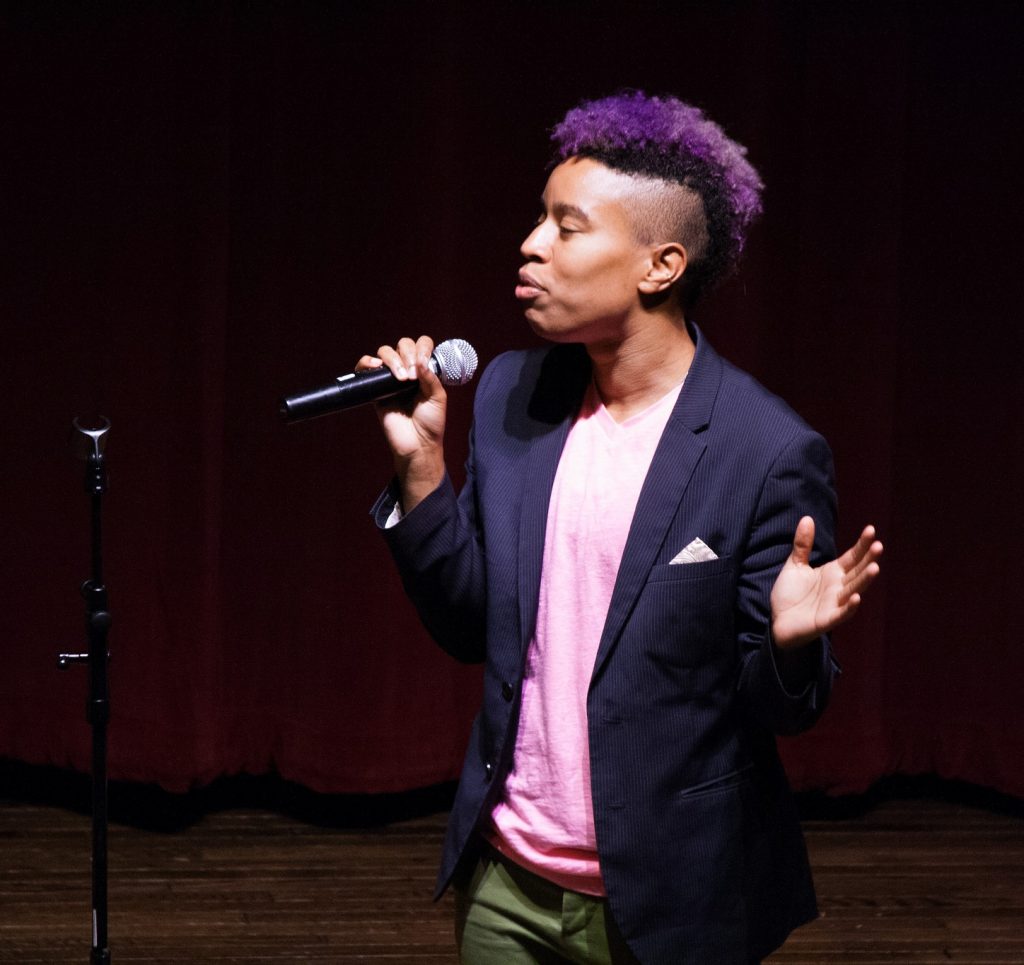 J Mase III is a Black/Trans/Queer/Rowdy-as-Hell Poet with a capital [P] based in New York City and creator of the national performance event, Cupid Ain’t @#$%!: An Anti-Valentine’s Day Poetry Movement.

Transgender is an all encompassing umbrella term used to describe, as trans activist Toni D’Orsay put it, “the state of awareness or condition in society of someone who does not conform in a majority of aspects to the way their society or culture sees them as behaving and living in relation to their culture’s social construction of physiological sex, usually due to a variance between their physical sex and one or both of their social sex identity and/or internal sex identity.”

A simpler way to define ‘transgender’ is as an umbrella term for someone whose gender identity differs from the sex that they were assigned at birth.

However, not everyone with a gender expression that differs from that expected for their assigned sex at birth is trans. Gender Non-Conforming is a term used, typically, to describe one’s gender expression being in opposition to the expected social behaviors for a person of their gender. For example, cisgender men who perform as drag queens can be thought of as gender non-conforming, but not trans.To illustrate this difference, imagine two people who were assigned male at birth. One is a transgender woman with a butch (masculine) gender expression. One is a cisgender man, with a feminine expression. Both are gender non-conforming, but only the woman is trans.

“Gender Non-Conforming,” “Gender Expression,” and “Gender Identity” are vital terms to include in policies that protect LGBTQIA (specifically trans) identified people. Not only will the inclusion of “gender identity” in non-discrimination and hate-protection policies provide trans students with safety, but when policy language includes “gender expression” and “gender non-conforming students,” even those outside the LGBTQIA spectrum who receive hate based on misdirected sexism and homophobia are protected

Transgender → an umbrella term describing thpse whose gender identity differs from the gender that, in a Western context, is associated with their ascribed sex. It is important to note that there are people who identify as outside the Western gender binary, whose ascribed sex matches their culturally relevant, and universally valid, gender identity. Examples of such identities include: Hijra, Fa’afafine, Bakla, Two Spirit, etc.

Cisgender – or cis – is a term used to describe people whose gender identity matches the typical, socially constructed characteristics of their assigned sex at birth.

Non-Binary → another umbrella term describing  people who do not identify as male or female. These people can identify as genderless, or multi-gender, or a gender that departs from the conception of a two-part, Westernized model of gender. A few examples of non-binary people include: Agender, Bi-gender, Genderfluid, Genderqueer, etc. Non-binary people may or may not identify as trasnsgender.

Intersex → “a general term used for a variety of conditions in which a person is born with a reproductive or sexual anatomy that doesn’t seem to fit the typical definitions of female or male.”

Gender identity → as currently understood, one’s gender identity is the recognition or state of awareness of one’s own, innate, personal experience with their gender.

Gender expression → The physical manifestation of one’s gender identity. Everyone has a gender expression! Aspects of gender expression include clothing choices and styles, social behavior, and sometimes medical interventions to achieve a more masculine, feminine, or androgynous appearance.

note: Gender expression and identity don’t have to “match”. For example, a non-binary person may present femininely, or a woman may present masculinely. 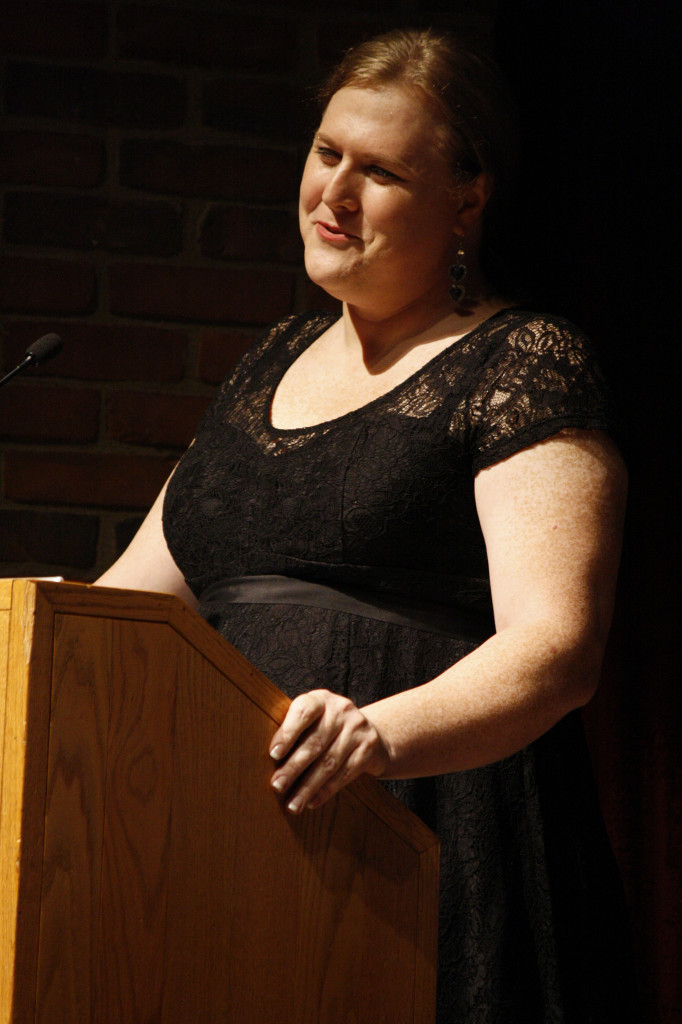 In general, sex is the designation at birth of either male, female, or intersex, based on genitalia, chromosomes, etc. There is some variation in bodies that are assigned each sex, but these assignments are purely physical.

According to the World Health Organization (WHO), Gender “refers to the socially constructed roles, behaviors, activities, and attributes that a given society considers appropriate for men and women.”

Gender is a system of categories that is used to describe a wide variety of culturally-governed identities. The attributes associated with these gender identities seem innate but are actually largely artificial. For this reason, gender roles vary from culture to culture.

As cisgender allies, your gender identity is respected by default, by society. Going into a space where people don’t necessarily share this experience of validation is one in which misunderstandings will occur. Making mistakes is okay! The key is acknowledge these mistakes and educate yourself going forward.

The most important thing to remember is to respect the self identification of trans people. Remember that this person knows themselves better than you do. Beyond that, here are a few rules on talking to trans people:

1. Don’t conflate genitals/sexualities/gender. A trans person (a person in general) is the ultimate authority of their own identity. For example, don’t tell a trans woman who is dating a cisgender woman that identifies as lesbian, that her girlfriend is straight because the trans woman has a penis. You’re reducing the trans woman to her anatomy (and thereby objectifying and dehumanizing her), and disrespecting her partner all at the same time.

2. Whenever you meet anyone for the first time, ask what pronouns to use. Assuming you know something about their gender identity just based on appearance is stereotypical and cissexist. By constantly, and in all your circles, asking what pronouns to use, you can slowly normalize the question, which consequently makes it seem less tokenizing when you ask trans people what pronouns they use.

3. Don’t ask us about our genitals/surgical status/birth name/other private information. It’s highly inappropriate for you to ask any random person about their genitals, so apply the same logic here! Other information, such as birth name and medical history, can be highly private and downright uncomfortable to discuss.

4. Speak to trans people like you would cis people. For example, don’t give, rude, unsolicited advice. You wouldn’t tell a cis woman that she’d look more “like a woman,” if she wore more make-up, so the same applies to a trans woman. Every trans person has different opinions on the language used to describe their experiences. But as a rule of thumb, here are some phrases to avoid:

• “You look like a real man/woman!” – Implying a trans person isn’t actually their gender.
• “Biologically speaking…” / “Born a boy/girl.” – Unless you are that person’s doctor or an intimate partner, what someone’s body looks like is none of your business. Bringing “biology” into a conversation is uncomfortable at best and often invalidating. And, for many trans people, this language doesn’t describe their experiences. For example, a trans woman wasn’t “born a boy”. She was simply told she was a boy based on her body and then had to discover her true identity
• “Becoming Male/Female” – Just because a person undergoes medical transition to achieve a more congruous sense of their identity doesn’t mean they weren’t their gender before they came out. A trans woman isn’t born a boy and then becomes a female. She’s born a baby, told she’s a boy, and then has to work through invalidation of her gender identity until she discovers her own truth. Some trans people may use this language to describe their experiences, but never assume someone is comfortable with it.
• “You’re so brave.” – We appreciate the sentiment, but it can be uncomfortable to hear when you’re just trying to live like any other person.
• “You pass so well, are you on hormones?” – Asking about anyone’s medical history can be invasive and uncomfortable.
• “Transgendered.” – Transgender is an adjective, not a verb. You wouldn’t say someone is “gayed” or “Christianed”.

5. When (not if) you mess up: stop, apologize, move on, and make a sincere attempt in the future to fix it. Especially when referring to people who they’ve known since before their transition, habitually people will use the wrong name or pronouns. We get it. The trans thing is a little complex at first to understand.  If you misgender someone, even when they’re not around, correct yourself, and make a mental note of it.

6. Don’t Tokenize Trans People. It is disrespectful and draining to constantly have to serve as the voice and ambassador of your community. If you look around your organization and you see only one trans person, and they have to do all the talking about trans issues, then that should be a sign that you need to step up. Educate yourself as best as you can. This way, trans people don’t constantly have to do the work of explaining our identities, safety, and concerns. Allow us the space in your organization to speak up, but do not assume every trans person is comfortable taking the role of “ambassador”. Instead, build coalitions with trans people in the greater community. Talking with real people is always the best option!

The transgender community is extremely diverse. As such, there is no “one size fits all” strategy for being an ally! However, here are a few places to start being an ally to the trans people in your community.

⁃ Hold trainings on transgender issues and etiquette.
⁃ Make language in your meetings more trans-inclusive (beyond just “ladies and gentlemen,” “men and women”)
⁃ Review your current practices and language. Are they inclusive?
⁃ Ask everyone to clarify the pronouns they use upon introducing themselves to the larger group
⁃ Maintain a list of resources your campus offers to trans students, such as:

Talk to the trans people on your campus and in your organization to see how you can best serve them. By treating everyone with respect and dignity and working to build inclusive spaces, you can help to create a culture shift in your own communities. These attitudes of mutual respect, kindness, and empathy are important starting points upon which meaningful relationships can be built.