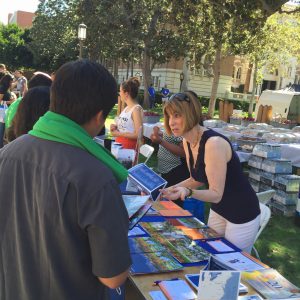 As more research is written on LGBTQ young people, we are learning that these high school age youth are at higher-risk of harassment as well as many negative health harms, including depression, suicidality and substance abuse.  This data is even more alarming for LGBTQ youth of color and transgender youth/youth of color.

If higher education administrators knew this about any other group of students coming into our campus, we would be tracking their academic retention and success.  More campuses are doing just that by adding optional LGBTQ identity questions on college admission forms as well as post enrollment forms.

Campus Pride has been at the forefront advocating on behalf of LGBTQ students for this change.   Dating back to 2007-08, Campus Pride had petitioned and formally asked the Common Application, an online undergraduate college application accepted by over 400 independent colleges, to add an optional LGBTQ identity question; however, the request was officially denied in January 2011.   Subsequently in 2010, Campus Pride had worked with Elmhurst College who became the first campus in the nation to add an optional LGBTQ identity question and then followed closely by University of Iowa, the first public institution to do so. As more campuses consider adding optional LGBTQ identity questions, it is important to consider how you ask the questions on college admission forms and post-enrollment forms.

Use this resource as a guide for your campus consideration.  Campus Pride does offer private consultations by phone or skype to discuss on a deeper level how to best consider and move forward with an optional LGBTQ identity question(s). Please email info@campuspride.org for more details.

…. should be an optional question(s).

… should appear in the demographic area of the form along with other demographic questions.

…. should be able to be utilized to track academic success and retention of LGBTQ students.

…. should be used for specific defined purposes as set forth by the campus.

…. should only be considered if the campus has an inclusive LGBTQ nondiscrimination policy.

…. should be private information, shared with only specified offices for defined purposes set forth by campus.

….. should be as inclusive as possible, weighing the needs of the purpose and intent of the form.

….. should understand not all LGBTQ students will be accounted for and that some LGBTQ students may not be out or may come out later. Considerations should be discussed on forms/methods to gather private data for updates beyond admissions and post enrollment time periods.

Do you identify as a member of the LGBTQ (lesbian, gay, bisexual, transgender, questioning) community?

Do you identify as part of the LGBTQ (lesbian, gay, bisexual, transgender, questioning) community?

and a second question on gender identity:

Do you consider yourself transgender?

While these two examples are being utlized on current campuses along with other derivations. Both of these examples have pros and cons based on various LGBTQ perspectives.  The same holds true with any question related to boxes and identities on forms though.  Campus Pride struggles with suggesting one wording over the other.  However, we believe each campus must move forward on this issue and suggests the following two questions with this wording:

Please note:  The above question is worded this way recognizing that there is a mandatory “sex” question on college admission forms for male and female.  It is important to not conflate sex with gender identity. The mandatory sex question should be altered to Legal/Birth Sex.

The Consortium of Higher Education LGBT Resource Professionals has a suggested best practices document with further information and a more exhaustive list of boxes for LGBTQ+ identities to consider.  Regardless of what you decide on adding LGBTQ optional identity questions, the most important aspect of your decision is to consider the needs of your LGBTQ students and your campus.

Ask yourself what steps are necessary to move your campus forward and what question(s) is best to do so.   The whole purpose is to hold campuses accountable and responsible to LGBTQ students and their education and safety.  Please email info@campuspride.org if you have questions and need further information and assistance.