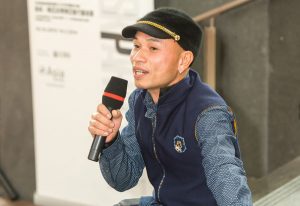 Truong Tan is possibly the first openly gay Vietnamese visual artist. Born and raised in Hanoi in 1963, he graduated from the Fine Art School Hanoi in 1982, and the Hanoi Fine Arts University in 1989. He served as a lecturer afterwards from 1989 to 1997 before becoming a full-time artist. Truong’s talents range from painting, drawing, performance, installation, sculpture, to ceramics, proving himself not just a challenger of social convention but also a multi-talented artist. Themes of identity, freedom of expression or issues of oppression that individuals are forced to contend with within traditional Vietnamese culture are discussed a lot through his art. Indeed, despite the close-mindedness of Vietnamese society on LGBTQ+ community, Vietnamese contemporary art has been a pioneer in this realm for decades. Truong Tan’s work has opened the doors for those after him to bring the topic of sexuality in the arts.  Truong Tan’s first work showing homosexual content dates from 1992, when the painting Circus was displayed at the Hanoi Fine Arts University. 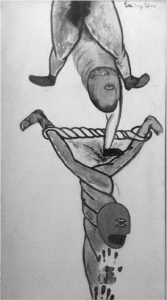 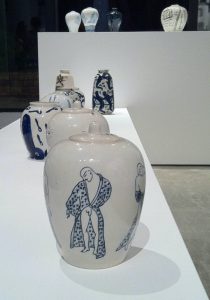 Later in 1994, in Ho Chi Minh City, the artist exhibited imagery that included erect penises. He believed that this decision drove the authorities to start monitoring his work closely because he didn’t heed the official guidance “not to show work that opposes the party and the government, or goes against traditional customs.” Some of his most interesting work to date is what he is able to accomplish in the realm of lacquer, where he subverts the traditional aesthetic of this medium by introducing figures that are reminiscent of street art in New York in the 1980’s and 1990’s. His influences range from ancient Greek iconography to the work of Keith Haring and Basquiat. Vietnamese society today has become more common in the topic of discussion among the mainstream culture. This would have not been possible without the pioneering work of Truong Tan. By raising hope through art, he has fostered social acceptance for Vietnam’s LGBTQ+ community.