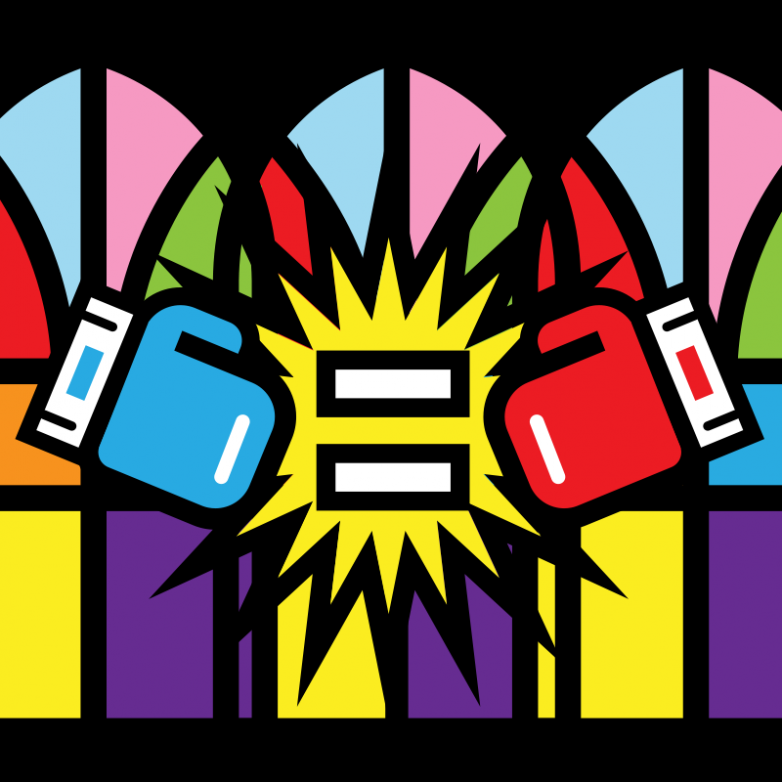 On Thursday, February 25, the House of Representatives passed critical legislation prohibiting discrimination on the basis of sex, sexual identity, and gender identity and expression. It now goes to the Senate.

This legislation, the Equality Act, amends the landmark Civil Rights of 1964, which banned discrimination based on race, color, religion, and national origin to include safeguards based on sex, sexual identity, and gender identity and expression in terms of public accommodations, transportation, education, and government-funded programs. Currently, 28 states do not ensure such protections.

The House of Representatives passed similar version legislation in May 2019, but it died in the Senate, which was controlled then by Republicans.

The Supreme Court, in its ruling last June in Bostock v. Clay County, covered employment protections to LGBTQ U.S.-Americans. The Equality Act would extend these safeguards beyond the workplace.

Controversy has swirled around this bill and earlier iterations for many years. Opponents claim that the Equality Act infringes upon religious liberty. Asserting her disapproval of the Act, Rep. Yvette Herrell, R-N.M., said on the House floor that the bill would “force churches in the public square to do things that counter their deeply held beliefs” and result in an intrusion by the federal government into private life.

In usual conservative-speak by inciting fear and hatred, many claim that if passed, the Act would give transgender athletes an unfair advantage and would ultimately breakdown constitutional freedoms.

Though religious liberties are fully protected by existing laws, and every person in our nation has the right to hold any beliefs they choose, the conservative Heritage Foundation, which vehemently opposes the bill, released a diatribe as a call to action on its website in the form of a conspiracy theory:

“The proposed Equality Act of 2021 (H.R. 5) would make mainstream beliefs about marriage, biological facts about sex differences, and many sincerely held beliefs punishable under the law. The Equality Act makes discrimination the law of the land by forcing Americans to conform to government-mandated beliefs under the threat of life-ruining financial and criminal penalties. Presented as a bill with commonsense and decent protections against discrimination, H.R. 5 is anything but. The Equality Act politicizes medicine and education and demolishes existing civil rights and constitutional freedoms.”

The prime stimulus keeping oppression toward LGBTQ+ people locked firmly in place and enacted throughout our society — on the personal/interpersonal, institutional, and societal levels — are the destructive doctrines and judgments radiating from primarily orthodox and fundamentalist religious communities.

Fortunately, however, there exists no monolithic conceptualization of religion, for other faith communities’ policies and values are progressively welcoming toward LGBTQ+ people, our sexuality and relationships, and our gender identities and expressions. These communities are working tirelessly to abolish the yoke of oppression directed against us.

Throughout the ages, however, individuals and organizations have employed “religion” to justify the marginalization, harassment, denial of rights, persecution, oppression, and murder of entire groups of people based on their social identities. At various historical periods, people have applied these texts, sometimes taken in tandem, and at other times used selectively, to establish and maintain hierarchical positions of power, domination, and privilege over individuals and groups targeted by these texts and tenets.

Such texts related to same-sex sexuality and gender non-conformity include but are certainly not limited to:

When religious leaders preach their damaging interpretations of their sacred texts on issues of same-sex relationships or identities and gender non-conformity within and outside their respective houses of worship, they must be held accountable and responsible for aiding and abetting those who target and harass, bully, physically assault, and murder people perceived as lesbian, gay, bisexual, or trans.

In addition, they must be held accountable as accomplices in the suicides of those who are the targets of these abusive actions, and who grow up in religious denominations and larger societies that teach them to deny, to hide, and to hate themselves.

History is replete with groups and individuals facing colossal odds for simply expressing their truth, and for that, they were often forced to pay the ultimate price. Governments and powerful individuals have devised ways of silencing opposition for the purpose of maintaining and extending its control and domination.

They commit genocide upon the true human liberators, the profits, the visionaries who advocate for a just and free world. These visionaries, who were persecuted in their own time, have achieved not only exoneration, but more importantly, have become venerated as the visionaries they truly are.

Anyone can believe anything they wish, whether others find those beliefs laudable or offensive. When, however, the expression of those beliefs denies other individuals or groups their full human and civil rights, a critical line has been crossed, for they have entered the realm of oppression.

We are seeing individuals and entire denominations framing themselves as the victims whenever we challenge their religious justifications in their attempts to perpetuate their already pervasive religious hegemony and social privileges, and their characterizations of others.

An entire movement has developed around the positioning of Christians as victims in the white supremacist so-called “Christian Lives Matter” movement, for example.

My critique, however, does not amount to a simple theological disagreement. This is not a “disagreement” at all! It speaks to issues of power and control; it goes to who has the power to define “the other,” and who has the power and control to define “the self”: the individual and members of social identity groups, or rather, religious denominations.

Therefore, we have a right, no, an obligation to counter this destructive and, yes, oppressive discourse, and to stand up, to transform ourselves from bystanders into empowered upstanders taking with us our voices, our energy, our unity, our intelligence, our righteous indignation, and all the love of which we are capable.

Repressive regimes around the world currently and throughout history have scapegoated, oppressed, and murdered LGBTQ+ people. The time has long since passed that we speak out against repression in all of its forms.

I am not naïve enough, however, to believe that we will soon witness general human and civil rights policies or legislation enacted by orthodox religious denomination or in authoritarian theocracies anytime soon.

Though certain religious denominations may continue in their attempts to define us, they will fail. A central tenet of liberation is the right of people to self-define, to maintain their subjectivity and agency over the course of their lives.

With our loving allies within progressive religious communities in addition to those unaffiliated with religious denominations, we are taking back the discourse and demanding that religious institutions curb their offensive dogma and take their interpretations of scripture off our bodies.

Furthermore, we will not accept their framing themselves as the victims of “religious bigotry” when we challenge their Medieval, hateful, fear-inspiring, cruel, and yes, oppressive interpretations of our lives, interpretations targeted to perpetuate their domination and control.

Passage now by the Senate and signing by President Biden – which he promises to do immediately after it is placed on his desk – will go far in ensuring the equality we as LGBTQ+ people in the United States deserve.

Dr. Warren J. Blumenfeld is author of Warren’s Words: Smart Commentary on Social Justice (Purple Press); editor of Homophobia: How We All Pay the Price (Beacon Press), and co-editor of Readings for Diversity and Social Justice (Routledge) and Investigating Christian Privilege and Religious Oppression in the United States (Sense).

One Response to OpEd: Religious Dogma v. The Equality Act