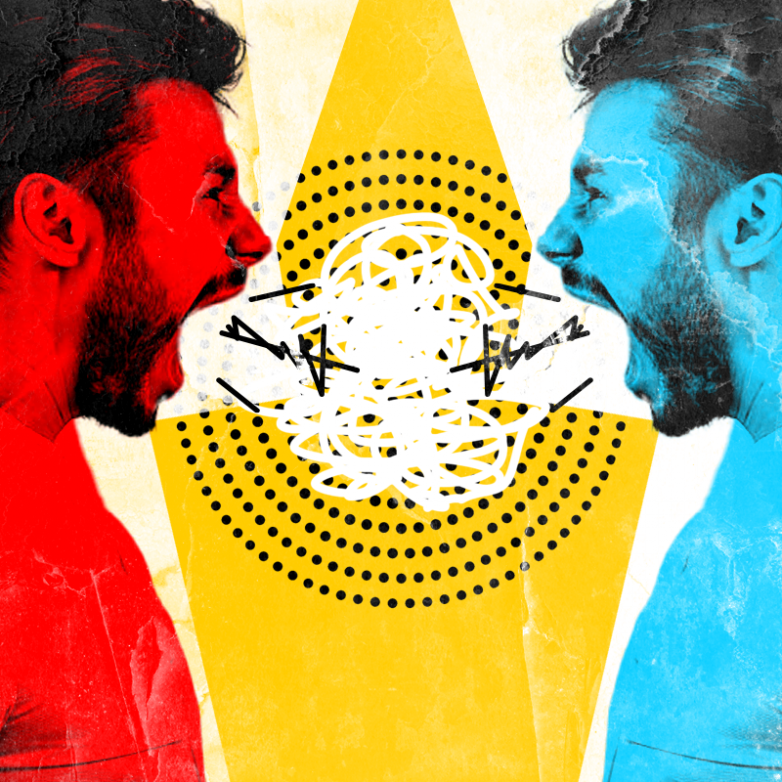 The imperative conception of human rights is so magnetic because of its universal recognition of common humanity. We are all humans and therefore we all deserve to be treated in such a way that we would want others to treat us. All social justice movements grew from that intrinsic root. Identity politics is an extension of such social justice movements. According to The Coddling of the American Mind, by Jonathan Haidt and Greg Lukianoff, “identity can be mobilized in ways that emphasize an overarching common humanity while making the case that some fellow human beings are denied dignity and rights because they belong to a particular group, or it can be mobilized in ways that amplify our ancient tribalism and bind people together in shared hatred of a group that serves as unifying common enemy”(Haidt and Lukianoff 60).

When common-enemy politics are being employed people are bonded together and blinded within their hatred of the out-group or the despised others. Contrapositively, common-humanity identity politics advocates for compassion and unification, “Reverend Dr. Martin Luther King Jr., epitomized what we’ll call common-humanity identity politics...he appealed to the shared morals and identities of Americans by using the unifying languages…he repeatedly used the metaphor of family, referring to people of all races and religions as “brothers” and sisters”(Haidt and Lukianoff 60). Dr. King was not the only individual who employed common-humanity politics, Pauli Murray who was a black adn queer Episcopal priest and activist, according to The Coddling of the American Mind, stated, “I intend to destroy segregation by positive and embracing methods…When my brothers try to draw a circle to exclude me, I shall draw a larger circle to include them. Where they speak out for the privileges of a puny group, I shall shout for the rights of all mankind”(Lukianoff and Haidt 61). Common-enemy politics is a perversion of common-humanity politics and, “it activates a powerful social-psychological mechanism…[used] to enlarge and motivate your tribe”(Haidt and

Lukianoff 63). However it adversely affects individuals because they are all united under hatred and this has a biological basis, “in the 1960s he conducted a series of experiments, each of which began by dividing people into two groups based on trivial and arbitrary criteria, such as flipping a coin…each person first estimated the number of dots on a page. Irrespective of their estimations, half were told that they had overestimated the number of dots and were put into a group of “overestimators”. The other half were sent to the “underestimators” group. Next, subjects were asked to distribute points or money to all the other subjects, who were identified only by their group membership. [he] found that no matter how trivial or “minimal” he made the distinctions between the groups, people tended to distribute whatever was offered in favor of their in-group members…the bottom line is that the human mind is prepared for tribalism”. (Haidt and Lukianoff 58).

Human beings have a natural inclination to tribal and violent tendencies and that is activated within common-enemy movements, “when the “tribe switch” is activated, we bind ourselves more tightly to the group, we embrace and defend the group’s moral matrix, we stop thinking for ourselves. A basic principle of moral psychology is that “morality binds and blinds”, which is a useful trick for a group gearing up for a battle between “us” vs “them””(Haidt and Lukianoff 58).While the appeal and acceptance of common humanity is the root of social justice, such roots are being eviscerated by a malignant employment of hatred for the other. The stringent morality within an in-group binds and blinds. People represent ourselves outside of ourselves. We love others as we love ourselves that’s why it hurts when that love is not being represented. So when we corrupt that love with hatred, we corrupt ourselves and we sterilize others of their humanity, and we destroy the purpose of the movement. An impassioned usage of common-enemy politics which vindicates the very soul of social justice causes such movements

to become destructive of its own ends.The employment of common-enemy politics has grotesquely proliferated and an abundance of common-humanity identity politics must be employed for the betterment of all.