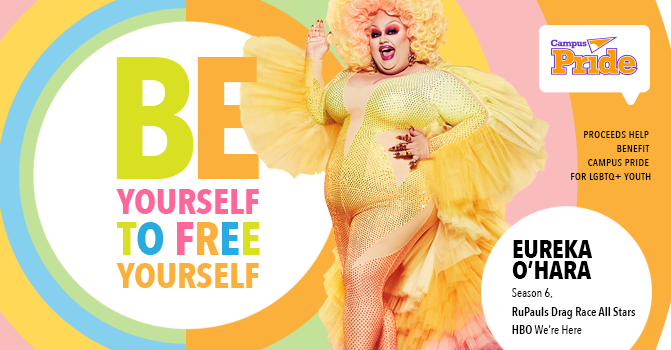 Eureka O’Hara from HBO’s We’re Here and RuPaul’s Drag Race AllStars Season 6 announces her first-ever college campus tour, “Be Yourself to Free Yourself.”  Campus Pride will be handling all bookings nationwide for Eureka’s college tour for this Fall 2021 and Spring 2022. A portion of the proceeds from every booking will benefit LGBTQ youth with Campus Pride. Inquire about booking Eureka for your campus, go to campuspride.org/eureka.

BOOK COLLEGE TOUR FOR YOUR CAMPUS

David Huggard, also known by their stage name Eureka, is a multi-talented actor, singer, public speaker, and world renowned drag queen. Eureka currently appears on RuPaul’s Drag Race All Stars Season 6 and was a finalist contestant on seasons 9 and 10. They also star in the Emmy-nominated HBO show We’re Here alongside drag superstars Bob the Drag Queen and Shangela. 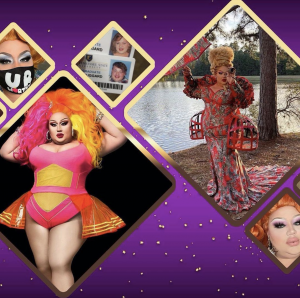 “I’m just excited to be a part of this. Campus Pride is a really cool organization because they work with a lot of collegiate youth,” says Eureka, “They work with so many GSAs across the country. When I was in college, if it wasn’t for my GSA, I don’t know what I would have done.”

“Eureka is one of Campus Pride’s biggest supporters and is an inspiration to LGBTQ youth,” says Campus Pride Executive Director Shane Windmeyer, who also performs using the drag name Buff Faye. “Eureka has opened so many doors for trans and nonbinary queens. They expand the meaning of what drag is and encourage LGBTQ youth to redefine boundaries.” 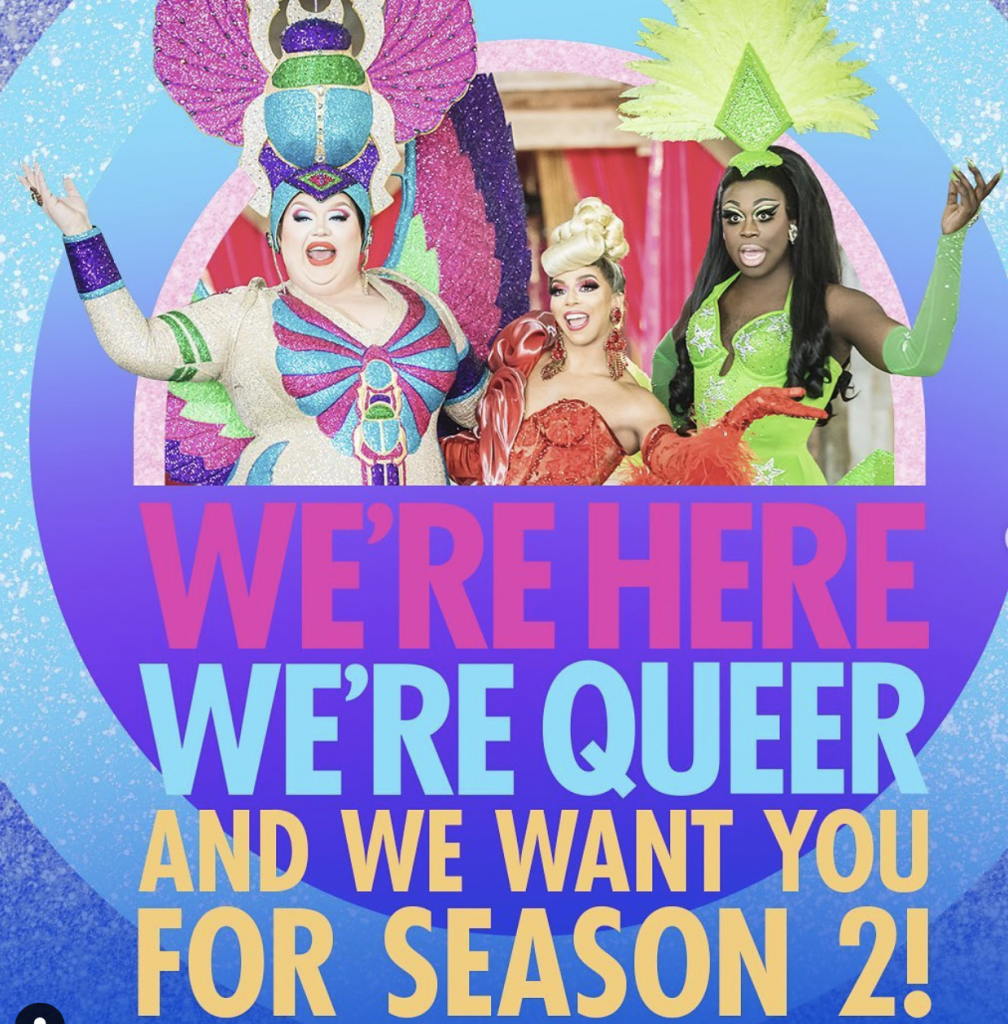