The 2nd annual Bisexual Awareness Week (#biweek) kicks of this week September 20 – 26, including “International Celebrate Bisexuality Day” on September 23rd. BiNet USA will be hosting events during this week across the nation to address issues related to bisexual visibility, identity and community.

On Wednesday, Sept. 23 at 2pm EDT Campus Pride is hosting a Google+ Hangout to celebrate Bisexuality Day and discuss the landscape for Bi+/Pan/Fluid folks. The featured panelist is Aud Traher, Vice President of BiNet USA and the panel will be moderated by Rebby Kern, Media, Communications and Programs Manager of Campus Pride. View last year’s hangout featuring Eliel Cruz, bisexual writer for the Advocate.

“In a world increasingly acknowledging the complexity of human sexuality, including bisexuality and sexual fluidity, BiNet USA is thrilled to support a national conversation that accelerates the cultural acceptance of our community, said Faith Cheltenham, President of BiNet USA. “This year’s awareness week has garnered unprecedented support from lesbian, gay, bisexual and transgender (LGBT) organizations who are committed to amplifying the voices of bisexual people, who are often rendered invisible in the media and public spheres.”

On Monday, September 20, 2015 bisexual leaders from across the nation are joining a private policy briefing at The White House. A roundtable of this sort entered The White House for the first time in 2013.  Learn more about bisexual public policy.

“#biweek events like the LA Bi Arts Fest let us celebrate the resiliency of the bisexual community and hear from artists, newsmakers and celebrities like Transparent’s Ian Harvie on how bisexuality supercharges every intersection of our lives,” said Robert Ozn, LA Bi Task Force chairperson. 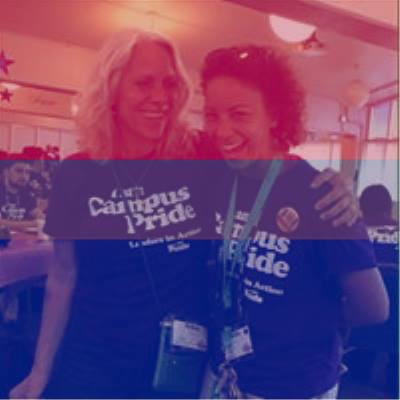 9/22/15 – Washington, D.C.  Bi+ Community Health and Wellness Festival for #BiWeek 2015, with a reception starting at 6:30 at the Equality Forum at HRC. The event will begin with a reception and an official proclamation of Bisexual Awareness Week from the DC Mayor’s office. Free on-site HIV testing will also be available during the reception from Whitman Walker Health. http://www.binetusa.org/biweek-washington-dc

9/25/15 – Boston, MA: Bisexual Resource Center event celebrating 30 years of the BRC, the oldest national bi organization in the U.S. that advocates for bisexual visibility and raises awareness about bisexuality throughout the LGBT and straight communities. http://www.binetusa.org/biweek-boston

9/26/15
New York City: Staged reading of a new play by Dr. Herukhuti about Black men and bisexuality, My Brother’s A Keeper, on the campus of New York University, 5:30pm by the Center for Culture, Sexuality and Spirituality. http://www.binetusa.org/biweek-nyc-ny

Note: other events to be announced throughout the week as we approach September 20, 2015, please check back at www.binetusa.org and www.bisexualweek.com for updates and news!

Rebby Kern is the Media, Communications and Programs manger for Campus Pride. She also serves as the Director of Youth Interests for SDA Kinship International. Follow @RebbyKern on Twitter and Instagram to get the latest scoop for queer youth.